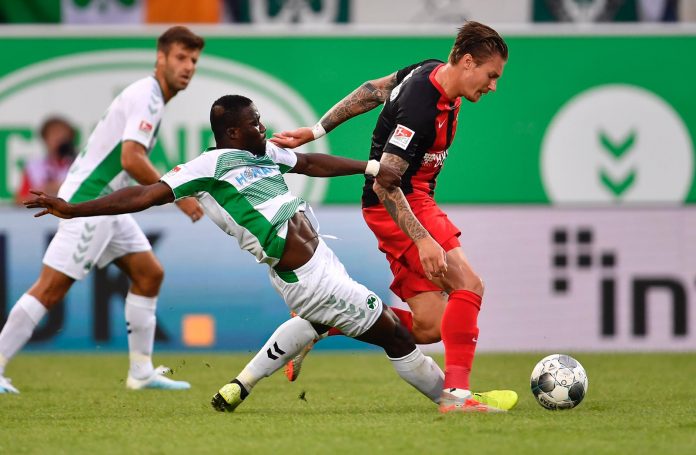 The 21-year-old on loan midfield anchor was impressive against his parent-club despite succumbing to a 2-0 loss on Saturday.Sarpei, who is a son of former Ghana defender Hans Adu Sarpei, continues to grow in the game after gaining the trust of Greuther Fürth manager Stefan Leitl. In August 2016 Sarpei moved to VfB Stuttgart.

He made his professional debut for Stuttgart on 25 October 2016 in the 2016–17 DFB-Pokal against Borussia Mönchengladbach and was sent on loan in September 2017 to FK Senica until the end of the season.

On 6 October 2018, Sarpei made his Bundesliga debut for VfB Stuttgart against Hannover 96.

In January 2019, Sarpei joined Bundesliga 2 side SpVgg Greuther Fürth on a half-season loan with the club securing an option to sign him permanently.