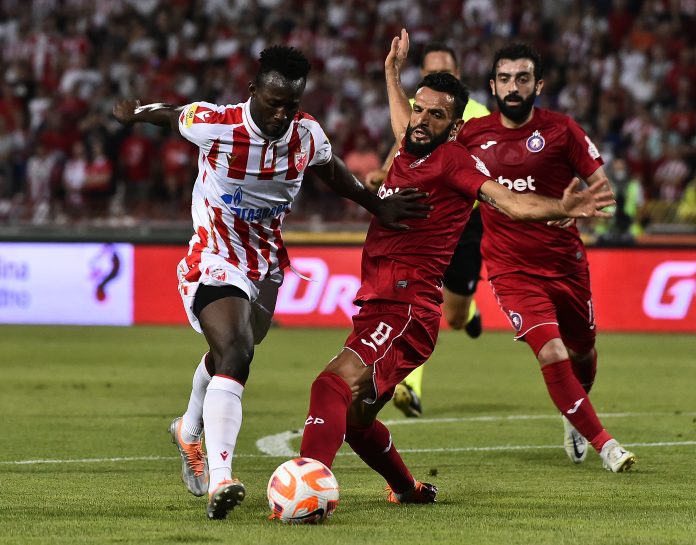 The enterprising youngster was a thorn in the flesh of the opposition team as he bagged a hat-trick for his side in their massive 5:0 drubbing of Pyunik.

Bukari, 23, struck in the 29th, 44th and 70th minutes respectively to help Red Star Belgrade record an emphatic victory on the night.

The other two goals were scored by Kings Kangwa and Stefan Mitrovic in the 33rd and 77th minutes of the match.

The former RSC Anderlecht and Nantes forward has so far netted four goals and in the Serbian SuperLiga and three goals in the UEFA champions league qualification.