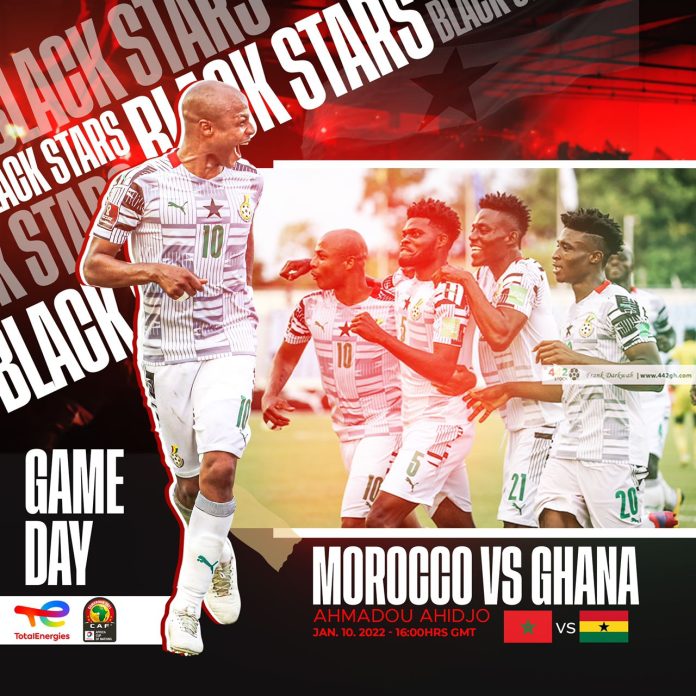 Ghana’s president Akufo-Addo has charged the Black Stars to bring the 2021 Africa Cup of Nations trophy home and put an end to the 40-year wait for the covetous trophy ahead of today’s game against Morocco.

The Ghanaian leader urged the Black Stars team to end the 40 year wait for the AFCON trophy as he feels the current crop of players are capable of ending the drought.

According to the President, it is a natural target for the Stars to win the trophy because of what the country has achieved in the past in the tournament.

He acknowledged the fact that the pressure to succeed is high but believes it should be so because the Black Stars are four times winners of the tournament.

“The Ghanaian people demand nothing short of outmost glory from you and the pressure to succeed is understandably high because of our status as four time winners and also because its been 40 long years since we last lifted the trophy.”

The Ghanaian president also started that due to Ghana’s success in the past, it has become a natural target for the Stars to lift every AFCON they participate.

“The task must be daunting but it’s certainly insurmountable and I believe in (you) the current crop of players, we’ve the talent to match any of the best teams on the continent and the team has been penciled down as one of the favourite for the tournament due to the sheer quality and let us work to bring the predictions to fruition”, he added.

Ghana will play Morocco today at 4pm in their first game of the 2021 Africa Cup of Nations tournament.