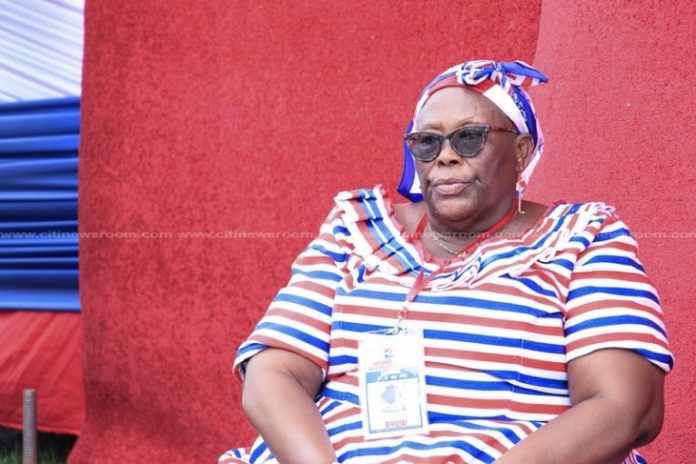 A vociferous member of the ruling New Patriotic Party (NPP), Hajia Fati, has been fined GhC9,000 for slapping a journalist at the party’s headquarters in Accra on May 4, 2018.

The human rights court in its ruling on Monday said the rights of the Adom FM’s reporter, Akosua Sakyiwaa also known as Ohemaa Sakyiwaa Ahwenepa were violated by Hajia Fati and was against free expression in the exercise of her profession as a journalist.

According to reports, the court noticed that the actions of the NPP member was a threat to media freedom which ought to be punished to serve as an example to others who may be minded to interfere with media freedoms.

The court also observed that protection of such rights and freedoms was critical to a properly functioning democracy.

The NPP as a party was excluded with the court ruling that Hajia Fati did not act on its instructions, adding the Elephant family has also condemned the act publicly.

Prior to the court’s ruling, Hajia Fati had shown remorse and apologized to the reporter.

She attacked the journalist at the Asylum Down office of the party claiming she did not seek her permission before taking pictures of her. The journalist was at the NPP headquarters on May 4, 2018 to report on the picking of nomination forms by aspiring national officers of the party.

Whilst there, a suspended First Vice-Chairman of the NPP, Mr Sammy Crabbe went there to pick forms but was asked to go and bring cash since the party was not accepting banker’s draft.

Hajia Fati who stormed the party headquarters upon hearing Sammy Crabbe had been there vowed not to allow him to pick the forms should he return.

Her outbursts created a scene and according to the journalist, in her attempt to capture proceedings with her phone, Hajia Fati pounced on her and slapped her. The case was reported to the Nima Police for action and ended up in court.

It was bizarre and capricious – NDC condemns demolition of Raymond...

5G Infrastructure Conspiracy Theories – COVID-19 Nexus: What More Do We...

Violence rocks Barcelona for a fifth day after half a million...