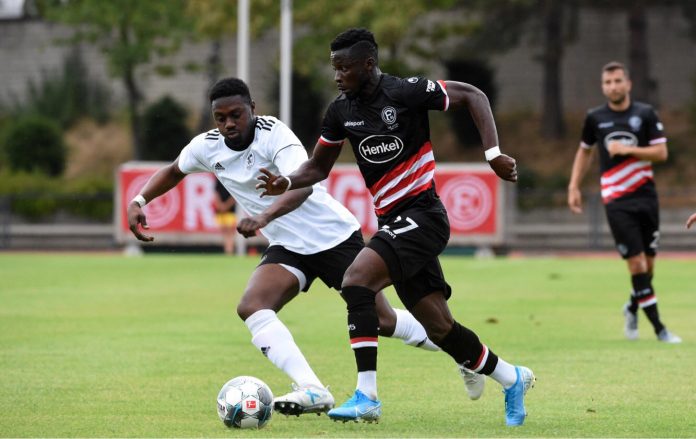 Tekpetey formerly of Schalke 04 scored his team’s second goal which was his first on the day 14 minutes into the game only for Ampomah to follow suits with his first just a minute after.

The former Royal Antwerp marksman Ampomah added to his tally on the 24th minute whilst Tekpetey scored his second goal four minutes before the break.

The two Ghana star strikers have been on fine form after joining the German top-flight side this summer.

Düsseldorf put 15 past German lower tier side VfL Benrath in their last Pre-season game before taking on FC 08 Villingen next week in the German DFB Cup.