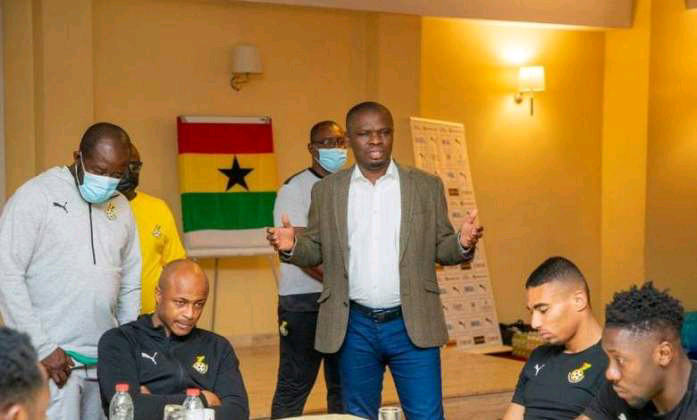 Ghana Government summons the country’s FA top hierarchy to emergency meeting; heads expected to roll after an abysmal performance at the AFCON 2021 tournament in Cameroon.

The Ghana Football Association top officials will appear before the ministry of Youth and Sports to explain why the Black Stars performed abysmally and failed woefully at the the tournament.

After suffering defeats against Morocco and Comoros respectively together with a 1-1 stalemate against Gabon, the Stars bowed out of the 33rd CAF Africa Cup of Nations tournament.

As a result of the Stars shambolic, the ministry of Youth and Sports has arranged an emergency meeting with the “Football People” to ascertain why the country was made to throw money away.

Ghana camped in Doha, Qatar for two weeks and played Algeria in a friendly before they headed to Cameroon for the tournament.

Ghana played three games in the group stage and for the first failed to win a single game at the showpiece.

Ahead of the final Group C game against Comoros, Youth and Sports minister Ussif Mustapha urged the players to do their best since government had provided everything for them.

“On our part as government, you can attest to it that we have done our part, because every single thing that we have to put in place, I have ensured His Excellency Nana Addo Dankwa Akufo-Addo has made it available,” Ussif said.

“So there is nothing for you to be worried about as far as financial and logistical issues are concerned. All we need is for you to deliver,” Ussif told the players,” he added.