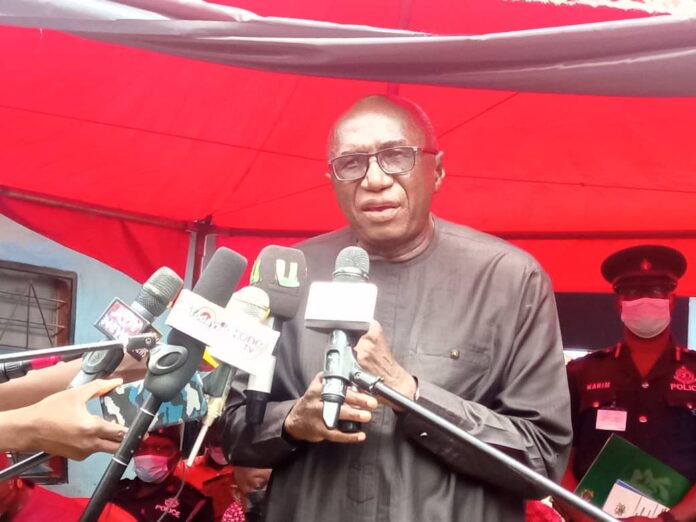 Government, through the Interior Ministry, has established a three-member committee to probe the circumstances that led to the death of three people in Ejura in the Ashanti Region.

Marrie Louis Simmons who is with the office of the Attorney General will be the secretary to the committee.

“I’m announcing to the nation for the first time that I have set up a three-member ministerial committee to conduct a public inquiry into the unfortunate occurrences on Tuesday 29 June 2021,” Dery said on Thursday, during a visit to the Ejura Traditional Council

He has given the committee a 10-day ultimatum to submit its report.

President Akufo-Addo on Wednesday instructed the sector minister to conduct a public inquiry into the circumstances in Ejura, in the Ashanti Region, which led to the “unfortunate occurrences of Tuesday 29 June 2021”.

A statement signed by an acting Communications Director at the Presidency, Eugene Arhin, at the Office of the President, said: “The Interior Minister is to provide a detailed report from the inquiry, with recommendations for appropriate action, within ten days, ie, by 9 July 2021, to President Akufo-Addo.”

The statement said the president has been deeply saddened by the death of Ibrahim “Kaaka” Mohammed, a well-known citizen journalist in Ejura.

Known in Ejura as Kaaka, the 45-year-old social media activist, Ibrahim Mohammed was reportedly attacked by unknown people in Ejura in the small hours of Saturday, June 26.

Violence however erupted after news broke of his death on Monday, June 28 at the Komfo Anokye Teaching Hospital where he was receiving treatment on referral.

Two people were killed when protesters clashed with a joint police and military contingent. At least four others were injured.

At least three suspects have been arrested in connection with the Kaaka murder.

The suspects – Ibrahim Issaka and Fuseini Alhassan – were picked up on Monday evening in response to police intelligence.

Another suspect, Idi Mohammed, 48, was also picked up in connection with the crime.