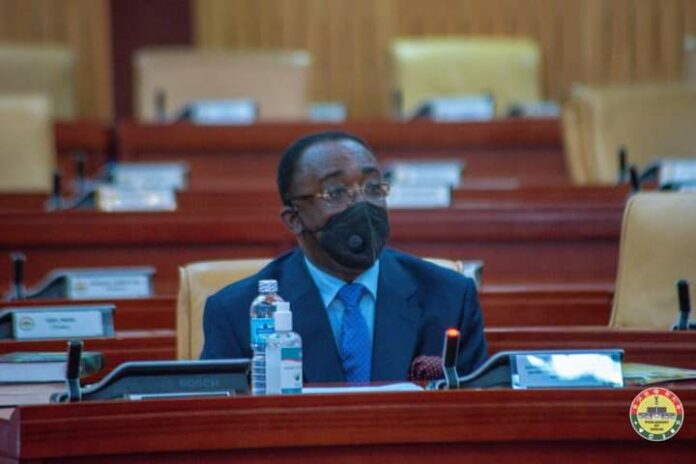 This was disclosed by a Minister-designate for Food and Agriculture, Dr Afriyie Akoto when he appeared before the Appointment Committee on February 19.

He stated that the Central Bank is collaborating with COCOBOD to raise funds to pay Licensed Buying Companies (LBCs).

This, Dr Afriyie Akoto explained, will ensure that the LBCs, who have not paid farmers for their produce, get the needed finance to in turn pay farmers.

Dr Afriyie Akoto stated that because of the decline, the country was unable to sell enough contracts to trigger the release of the last tranche of the cocoa syndication loan worth about $190 million.

“By now before the end of the year, normally we should have had enough contracts for the release of the whole amount $1.3 billion, unfortunately we could not sell that fast.”

“So now that we have the contracts sold, we are expecting that coming week early next week the last tranche $190 million will be with us and then we can pay for all the outstanding debts and that issue will be behind us.”

When asked to specify when farmers will get paid Dr Afriyie Akoto said “Monday farmers will start getting paid.”

His comment comes after NDC MP for Buem, Kofi Adams had alleged that Licensed Buying Companies (LBCs) in the cocoa sector are carting cocoa from farmers without paying.

According to Mr Adams, reports from his constituency and other constituencies in the cocoa-growing regions has it that, cocoa farmers have not been paid by LBCs for their cocoa purchased in the last two months even though they are in the third month of the main cocoa season.

He indicated that the inability of Cocobod to pay the LBCs has also affected the livelihoods of cocoa farmers since LBCs are unable to pay the cocoa producers.

Ghana COCOBOD admitted to delaying its payment to some Licensed Buying Companies (LBCs), a development that has created anxiety in the cocoa industry.

In an interview with Accra-based Joy FM, COCOBOD’s Deputy Chief Executive Officer, Dr Emmanuel Opoku said it is not intentional on the part of his outfit.

According to him, the Covid-19 pandemic has significantly affected the patronage of cocoa beans on the world market.

Agric Minister-designate Dr Afriyie Akoto said it is unfortunate that the virus has affected operations and payment but they are looking forward to resolving the issue as soon as possible.

HUAWEI nova 7i tames Samsung Galaxy A51 in showdown