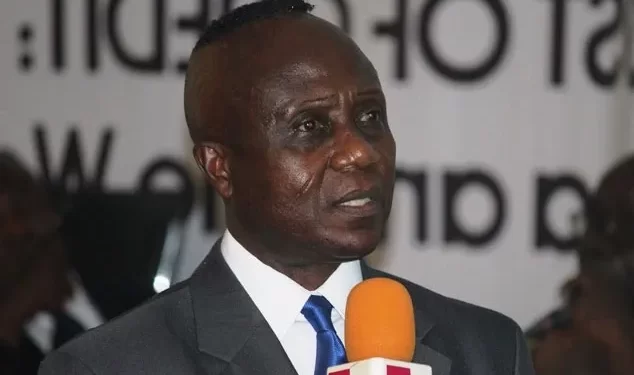 Director of Research at the Institute of Economic Affairs (IEA), Dr. John Kwakye, has asserted that it would be more helpful if government reviews its major policy interventions as part of measures to tackle the current economic quagmire.

To him, proposals for a relook at some of the flagship programs by the Akufo-Addo government should have been considered and announced as part of actions being taken to cut down the country’s ballooning expenditure for economic stability.

Dr. John Kwakye’s concerns stem from the Finance Minister’s indication that, despite the country’s current fiscal difficulties, the government is determined to continue with the financial commitments and implementation of its socio-economic schemes.

“I realize that, on the government’s flagship programs, we had proposed that, they should be reviewed. For the Free SHS program, we thought that government could introduce a cost-sharing arrangement with parents so that we reduce the burden on the budget.  The other programs like NABCo, nursing and teacher trainee allowances, we thought that may be in these difficult times,  it was about time that they were either suspended or reduced. In that respect, I don’t think that the Minister went far enough”, he said on The Big Issue.

Pressure has been mounting on the government to review its ambitious programs, especially the Free SHS policy, because it takes a huge chunk of government revenue.

Stakeholders, including the opposition NDC, have urged the government to take another look at the Free SHS program and take expenditure cuts, among others, to save the country money.

Other civil society organizations have also called for a review of the programme, including suggestions that the programme is limited to persons who are genuinely poor and unable to fund their secondary education.

For instance, the Chairman of the National Development Planning Commission, Prof. Stephen Adei, explains that the GH¢7.6 billion expenditure on the programme over the past five years is taking a toll on Ghana’s economy.

No rollback
But government maintains all its flagship programs will run regardless of the challenges confronting the country’s economy.

This is contrary to earlier suggestions by the Minister responsible for Information, Kojo Oppong Nkrumah, that all 16 flagship programs of the government including the Free SHS were up for possible review after a recent cabinet meeting to proffer solutions to the economic hardships.

Speaking at a press briefing on Thursday, March 24, the Finance Minister said there’s no such intention to review any of the government’s policies.

“Let me say that President Akufo-Addo has no absolute intention to roll back any major policy like the Free SHS. He sees education as the best and enabling force for sustainable economic growth, transformation, and social mobility, and we will do more to improve on it for it to serve more and better our children.”

NDC to embark on probity and accountability next Thursday