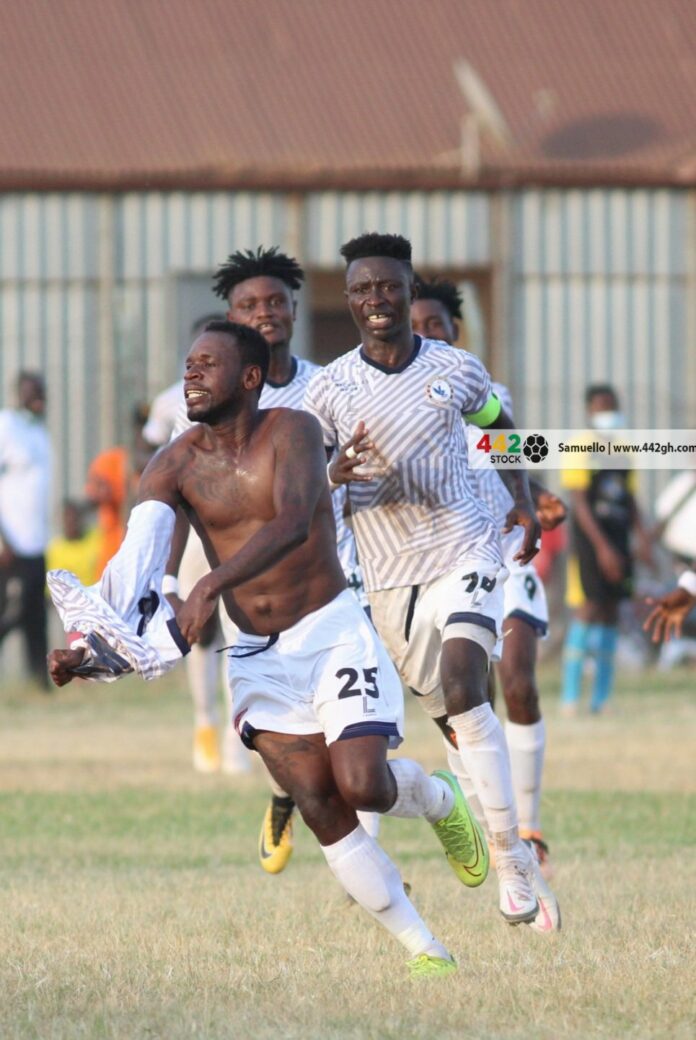 Kumasi Asante Kotoko SC were denied their first win of the season at Berekum on Sunday against Chelsea as they threw away their one goal lead in the dying embers of the match.

The Porcupine Warriors didn’t waste time to have a total authority and control over the game as they controlled the affairs of the match right from the blast of the whistle.

Striker, Kwame Poku followed up Emmanuel Keyekeh’s powerful strike and scored the opener in the 18th minute of the match following a goal mouth scramble.

Goalkeeper, Felix Annan on three occasions made a match-winning saves to preserve the Red and Whites lead as they secured their first win of the season.

Felix Annan got injured with five minutes to go and was replaced by Kwame Baah for the last five minutes of the match.

At the dying embers of the match, Chelsea won a free kick close to the box and experienced striker, Emmanuel Clottey powered home the equalizer with a powerful strike to level matters.

Kwame Poku has scored two goals in two games for Asante Kotoko this season in the Ghanaian top-flight.

Kotoko has two points from two matches after sharing the spoils with Techiman XI Wonders in Accra last week and droping points away at Chelsea on the road for in a 1-1 draw.