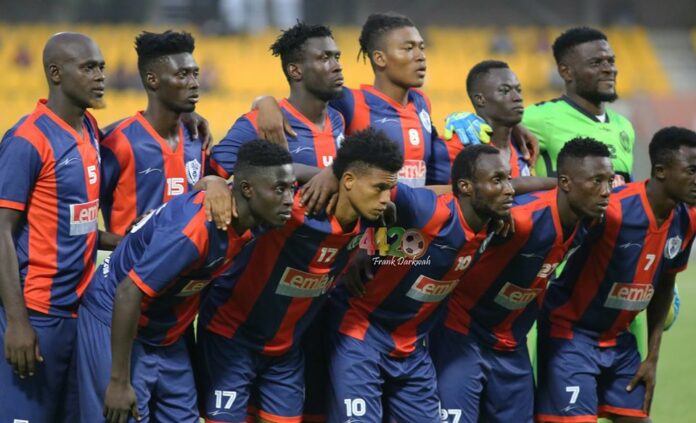 The hosts failed to pick three points at home for the second time this season despite creating a lot of good goal scoring opportunities in the match.

Striker, David Ocloo had many glaring chances in the first half of the match to put the hosts in the lead but failed on countless occasions to utilize his chances.

Medeama midfielder, Eric Kwakwa came close to scoring from a set piece when he struck the right goal post from 22-yards out.

After the recess, Cities had good chances to burry the game but their attackers failed to convert the five good goal scoring opportunities that came their way in the first ten minutes of the second half.

Former Sunderland striker, Asamoah Gyan made his bow in the Ghana Premier League for Legon Cities after seventeen years since he made his debut for Liberty Professionals.

Gyan, 34, was the brightest spot in the game after his impressive showings despite playing just 20 minutes of the match and Cities could expert more to come from the Ghana Legend in the subsequent games.

After Gyan’s introduction, he spurred the Cities players on but the chances he created was not converted by his teammates as they game finished in a 0-0 stalemate.

Legon Cities and Medeama SC are both winless in three games and have two points each after losing one and drawing two games respectively in the 2020-21 Ghana Premier League after three games.

Chilean plane en route to Antarctica disappears with 38 on board

FIFA clears Ghana to use VAR