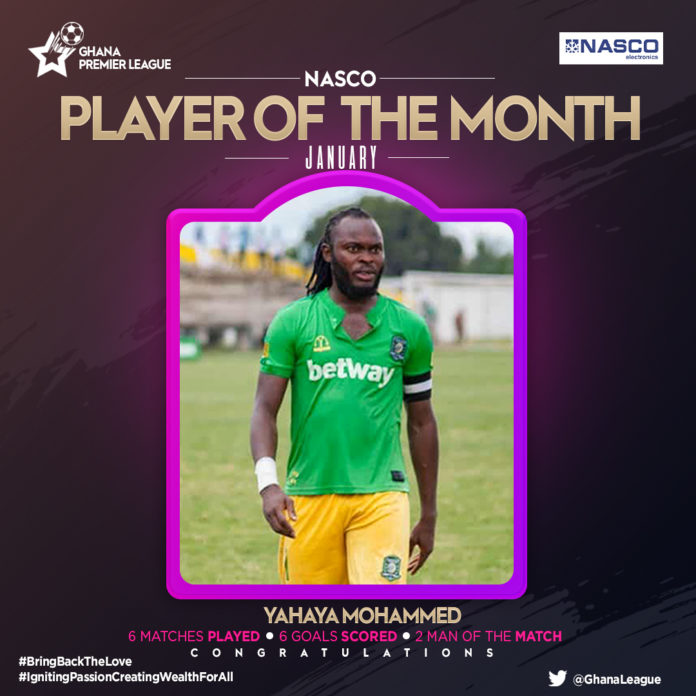 Aduana Stars prolific striker Yahaya Mohammed has been named the Ghana Premier League Nasco Player for the Month of January.

The Aduana Stars hitman scored six goals in six games with two assists to his credit between match day one and six.

The 32-year-old experienced attacker’s goals won nine points for his club in the games played within the period.

The attacker scored a hattrick and was adjudged NASCO man – of – the – match twice in the process.

Mohammed will receive a NASCO television and a personalised trophy from award sponsor NASCO for his exploits in January in the ongoing Ghana Premier League.