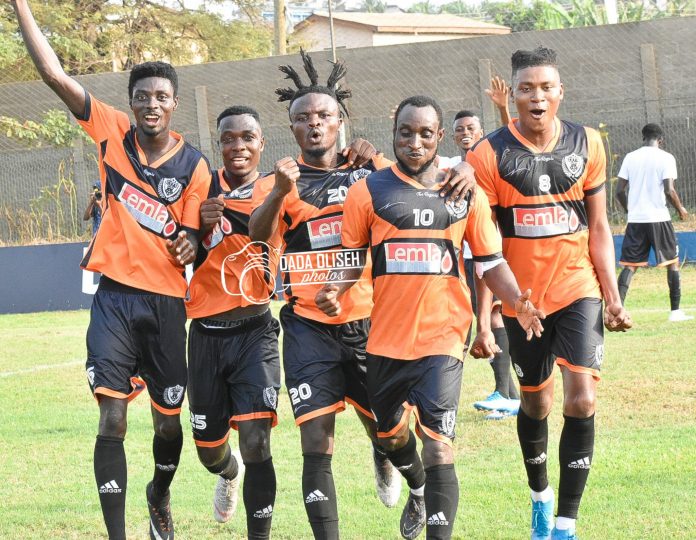 Ghana Premier League 2019-20 kicked off on Sunday 29th December 2019 at nine venues across the country with all games kicking off simultaneously.

In the capital, Accra Hearts of Oak suffered a disappointing 1-0 home defeat to Berekum Chelsea in the opening fixture of the season.

Jona Attuquaye scored the only goal of the match in the first half to propel the visitors to a vital away win at the backyard of the Phobians to secure their first win and three points of the Ghana Premier League Season.

Midfielder Justice Blay scored not only Kotoko’s first league goal but the opening goal of the Premier League season on the seventh minute of the match to ensure the Porcupines started their campaign on a high note.

On the other hand, Aduana Stars thumped Inter Allies FC in Dormaa by 4-0 with experienced striker Yahaya Mohammed hitting the first hat-trick of the season with Justice Anane adding the Fourth.

In Cape Coast, Ebusua Dwarfs succumbed to a 3-1 defeat at home to Medeama SC with the visitor’s goals coming from the boots of Ebenezer Akyebi, Prince Opoku Agyemen and Nana Babil while Frederick Quayeson got Dwarfs consolation goal from the spot.

Meanwhile in Dawu, Dreams FC rained goals on Kumasi King Faisal beating the’ Sensational’ Boys by 4-1. Emmanuel Ocran bagged brace for the home team while Ibrahim Abdulai and Armed Dantani scored the other two goals with Latif Mohammed grabbing a consolation goal for the visitors.

‘No cash, teacher trainees will have to fund their meals in...