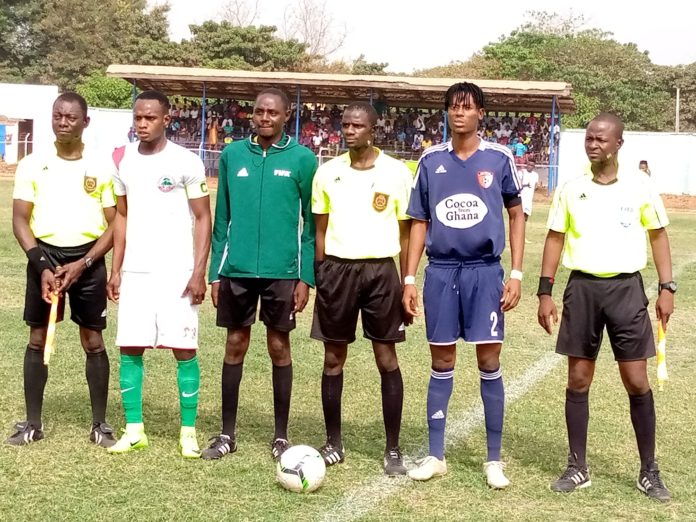 The Wonders took the lead through a beautiful team play which was finished off by Sule Musa to make it 1-0 to the host.

The frenetic encounter provided so many talking points as the two teams thrilled the soccer fans who trooped into the stadium on a hot Wednesday afternoon.

The academy boys who had gone five away games without a defeat preserved their unbeaten away record this season when Eric Asamany scored the equalizer to peck back the host.

The game ended in a 1-1 stalemate.

The fearsome Sharks darling boy Benjamin Bernard Boateng on the 7th minutes beats the away team goalkeeper to slot in the first goal for the host.

Despite a tireless efforts from the Crabs to snatch a point, the Green and Whites lads held their ground to record a 1-0 win over their rivals to gain the bragging rights in the region.

Dwarfs after going four games without a defeat have tested their first in the hands of the ‘enemy’ by a solitary goal.