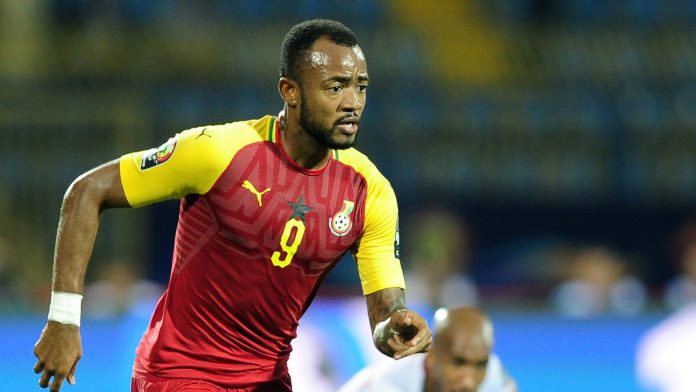 He was initially a doubt for the game after missing Crystal Palace game on Sunday in their FA Cup thumping of Frank Lampard’s Everton.

The younger brother of Ghana captain Andre Ayew was in isolation after contracting Covid-19 ahead of the crucial and titanic game.

Thankfully, after a second test on Tuesday, the striker was declared Covid-19 free ahead of the games.

Ayew arrived in Ghana on Wednesday and has joined his Black Stars teammates on Thursday morning in Kumasi to start training with his mates.

Ghana will hold their final training today with Jordan Ayew expected to train with the team today.

Ghana will square off against the Super Eagles on Friday, March 25 at the Baba Yara Stadium in the first leg of the playoff games.

The return game is scheduled to be staged at the Moshood Abiola National Stadium on Tuesday, March 29 in Abuja.

The Black Stars are hoping to make a return to the FIFA Mundial for the fourth time having missed out in the last edition hosted in Russia in 2018 after three successive World Cups between 2006 and 2014.

Ghanaian Liverpool fan dies out of shock after win over Barcelona...