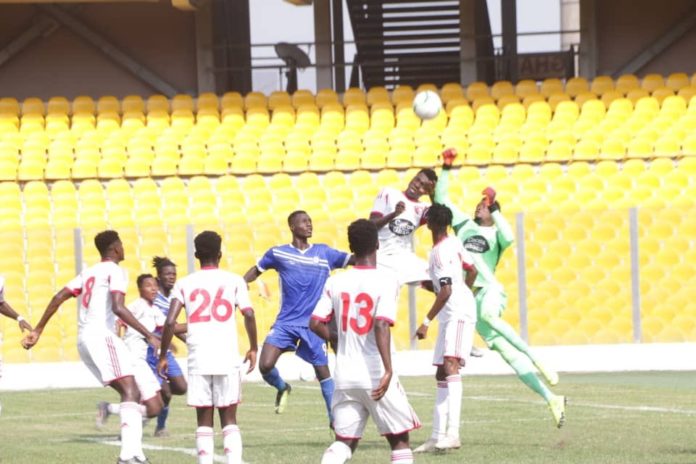 The Dade Boys lost 1-0 at home on Sunday in the Ghana Premier League at the Accra Sports Stadium.

Eric Asomeni scored the only goal of the match 25 minutes into the game to record the first away win of the season for the Sogakope-based club.

Olympics after going behind piled an intense pressure on the visitors but could not find the equalizer before the break.

The second half was more competitive and full of action as Olympics continued with their search for the leveller.

WAFA defenders were up to their normal self and did not allow the home team too many scoring opportunities in the second half of the match.

Despite the home team’s relentless efforts to grab the equalizer, Coach Prosper Nettey and his charges were poised to go back home with a win after losing their previous game at home to Dansoman-based Liberty Professionals and succeeded in achieving their objective by holding onto their first half lead.

With the 1-0 victory over ‘Oly Flavor’ the Academy Boys would be poised for Wednesday’s action against Kumasi Asante Kotoko at the Sogakope Academy Park.