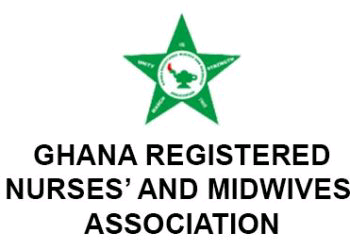 The Akufo-Addo administration on Tuesday (6 December) announced that it has sealed a deal with the British government to deploy its trained nurses to the UK for financial considerations.

According to Ghana’s Health Minister Kwaku Agyeman-Manu the bilateral agreement is similar to an existing arrangement with Barbados. He told parliament that the deal when implement will see the nurses return after spending three years in the UK.

But it appears this development has unsettled the Ghana Registered Nurses and Midwives Association (GRNMA) as it insists there might be a drought of professionally trained nurses should the agreement take full effect.

“You realised that we have a lot more of the certificate holders as against a lower number in terms of the diploma holders and degree holders. So we are training them in high numbers, meanwhile, there are professional members who are not the best, and these are the same people taking care of Ghanaians, so we need to change and also look at building the infrastructure of GRNMA, and helping build the caucus, so that they will be in a better position to train more specialist nurses and midwives, to boost the human resources capacity of the nation”, the President of the GRNMA, Perpetual Ofori Ampofo told Citi FM.

Advancing her argument the veteran trade unionist said, “At that point, you will definitely have adequate numbers to work in Ghana and at the same time migrate elsewhere to work. But in the current circumstances, although we cannot abrogate what we have done with the UK, it’s going to come back and hit us”.

In July 2020, 95 Ghanaian nurses came to Barbados to work. Speaking to the Ghanaian people during their 65th Anniversary of Independence celebrations last weekend, Prime Minister Mottley announced that approximately 200 additional Ghanaian nurses have been interviewed and are expected to begin working in Barbados in the future.

However, the nurses union were of the view that the recruitment of the Ghanaian nurses appears to be the Government’s solution to their protest action which began in November 2021.

“The Government should have allowed the processes in the public service to work…This is not good for the nurses and this is not good for international relations because the Ghanaian government doesn’t know what is going on in Barbados and they are sending nurses down here.

“But Ghana should not be intervening in a strike in Barbados. They should allow their nurses to come to Barbados when there is industrial peace. Ghana should not get involved in our internal matters and that is what they are doing,” the union leader Caswell Frankly charged.

Gabby woos US investors: ‘The time to invest in Ghana is...