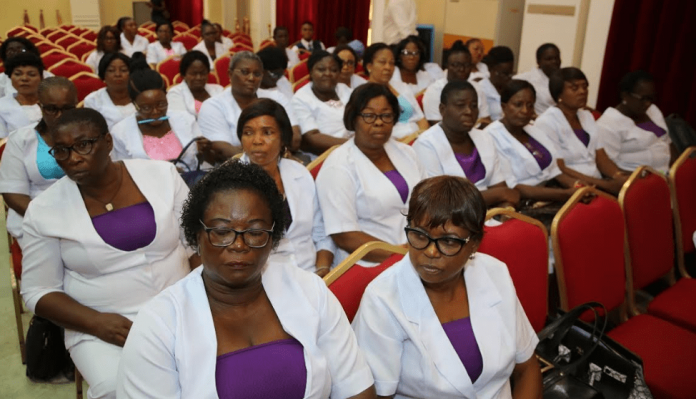 The Health Services Workers’ Union (HSWU) has given the government a two-week ultimatum to address their concerns or face their anger.

According to the Association, the government has for the past seven years discriminated against its members by failing to upgrade their salaries and conditions of service.

The Deputy General Secretary of the Association, Franklin Owusu Ansah at a news conference said the unresolved issues have affected the performance of staff.

“As a responsible and peaceful union, we have always resorted to dialoguing instead of taking vehement steps that disrupt the congenial industrial relations atmosphere. However, we have deduced that management has taken our disposition to be our weakness, hence the treatment being meted out to us. It has been observed without any modicum of doubt that our employers have taken the Union for granted despite our efforts to adhere to all procedures required in resolving our grievances.”

Some other concerns of the Union are the selective implementation of the collective agreement, payment of market premium based on their current monthly basic salary, salary distortion under the Single Spine Salary Structure, non-implementation of National Health Laboratory Policies, no increment in credits, upgrade of three-level grades to four.

The Union further argued that it, signed a Collective Agreement with the government which was to take effect from January 2016, however, the government has failed to implement it.

“This situation has become very frustrating and as a matter of urgency, we call on the appropriate stakeholders to intervene”, Mr. Ansah added.