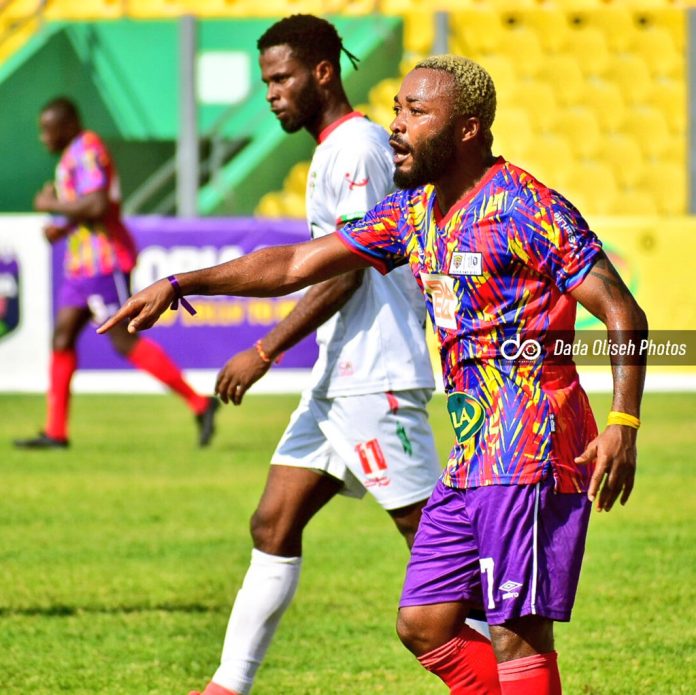 The Phobians were without some key players including their top scorer and in-form attacker Daniel Afriyie Banieh unavailable due to national duty.

Despite the absence of their top scorer, Barnieh and some top players in the team, the Rainbow Boys looked very solid throughout the game.

The hosts, Hearts, dominated the game and got the opener through former FC Samartex player Benjamin York in the closing stages of the first half.

The striker struck a beautiful volley to make it 1-0 to Hearts of Oak before half time.

After the recess, Hearts of Oak continued their dominance but failed to add to their tally and missed the few chances that came their way.

A pass from Augustine Randolf found Emmanuel Owusu Boakye who tapped in the equalizer to make it 1-1 in the 83rd minute.

No more goals were scored and the game ended in a 1-1 draw.

The results leave Hearts of Oak 4th on the table with 48 points and Karela lie 7th with 45 points.