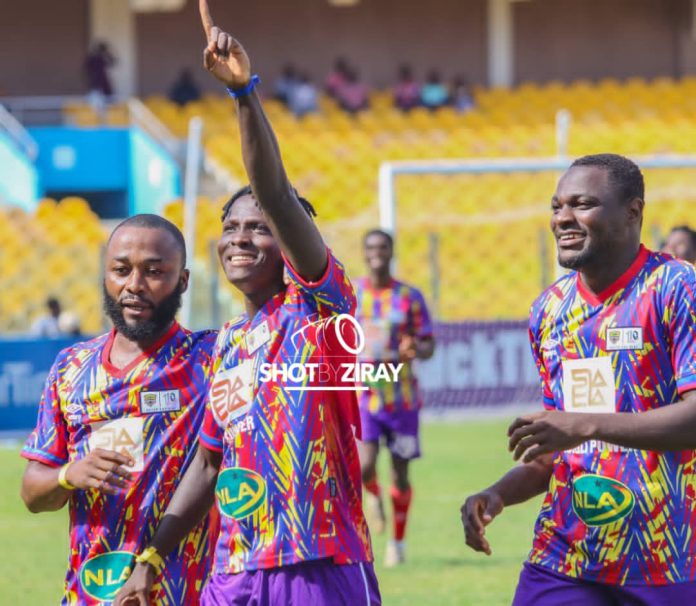 Defending champions of the Ghana Premier League, Accra Hearts of Oak SC were held at home by bottom place side Elmina Sharks FC at the Accra Sports Stadium on Sunday afternoon.

The Listless Rainbow Boys dropped points at home as they drew 1-1 at home to the Fearsome Sharks.

The 32-year-old grabbed his first league goal for the Phobians in his second league appearance for the club on Sunday afternoon.

He scored a sumptuous free-kick in the first half after just two minutes of the match to put the hosts 1-0 up.

Michael Asamoah scored the equalizer for the visitors who picked up a point on the road as they continue to push for survival in the league.