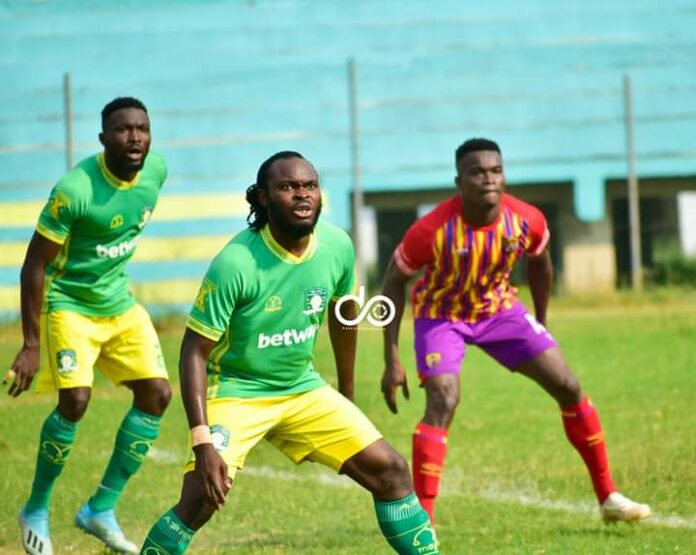 Accra Hearts of Oak defeated Aduana Stars in their week 18 clash with an emphatic 2-0 win at the Accra Sports Stadium on Sunday night to move third on the league log.

The Phobians started the game on a blistering pace and were the better side right from the blast of the referee’s whistle and dominated the game with some scintillating football on display.

On the 29th minute mark, winger, Patrick Razak was fouled in the box by Aduana Stars newly signed Nurudeen Abdulai and the resulting spot kick was hit hard into the top right corner by striker Victor Aidoo to make it 1-0 to the home team.

The Phobians had chances after going one up in the last 15 minutes of the first half.

Aduana Stars came strongly into the game after the break and created few openings but failed to make good use of the chances the had in the game.

Just at the death of the match, Patrick Razak broke free on the wings following a beautiful flick by Salifu Ibrahim and his in-swinger was put behind goalkeeper Joseph Addo by defender Hafiiz Adams who’s own goal helped the Phobians to a comfortable 2 – 0 win at home to move third position with 30 points and three points off the top.