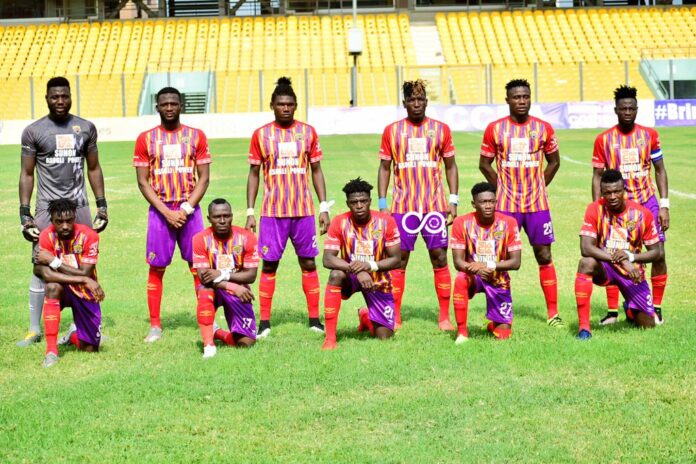 The Rainbow Boys picked their first win under their new manager Samuel Boadu to register their seventh win of the season to move to third on the league table after 17 games.

The away team were reduced to ten men in the first half after just eighteen minutes with defender Ibrahim Abukari taking an early shower.

After 35 minutes of action, Winger Patrick Razak received a nice pass from striker Victor Aidoo to finish and put the Rainbow Boys in the lead.

Sixty-two minutes into the game, Víctor Aidoo grabbed his eighth goal of the season to put the hosts in a two-goals lead before Raddy Ovouka added the third goal sixteen minutes to full time.

On the 90th minute mark, substitute Mitchell Sarpong added the icing to the cake by scoring the fourth goal to hand the Phobians a 4-0 win at the end of the match.

Hearts of Oak ends the first round of the Ghana Premier League on third position with 27 points from 17 games.