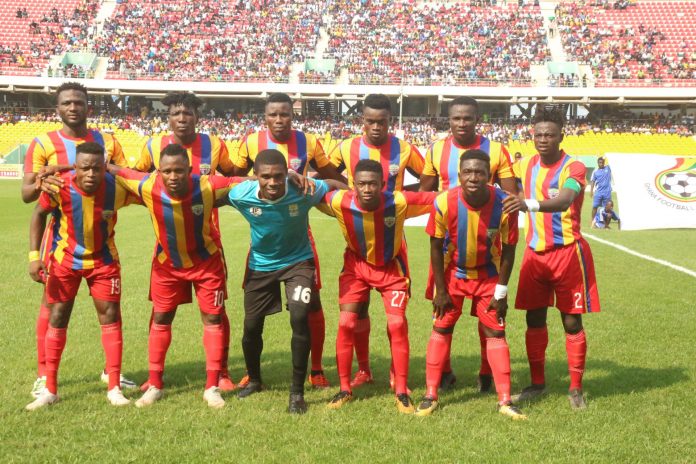 Accra Hearts of Oak on Saturday was held by an academy side Future Stars to 1-1 draw game at Pobiman.

The Phobians resumed training on Monday after a short break following the end of the NC Special Cup Competition.

The Former CAF Champions League winners failed to trash the academy side despite featuring senior players in the friendly played at their training center.

Future Stars Academy took the lead on the 54th minute after their striker pounced on a lose ball in a situation where the rainbow side could have defended better.

Kim Grant and his boys will be looking for a massive improvement in subsequent matches ahead of the upcoming season.

The Bones Aren’t Rotten, but Hearts’ Charm Is Gone