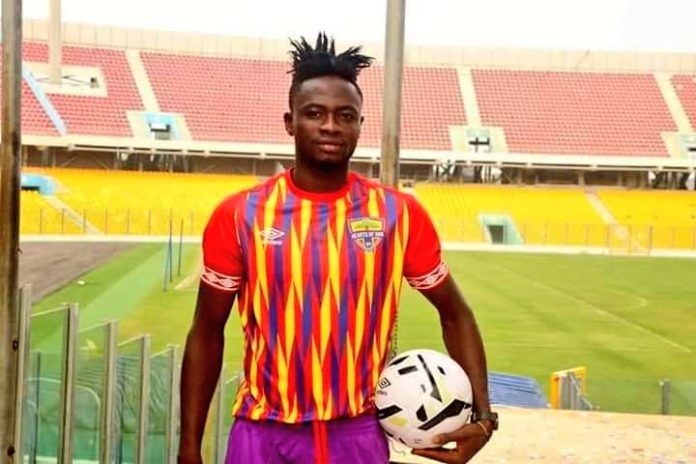 Accra Hearts of Oak skipper, Fatawu Mohammed, has stated categorically that the club is fully equipped and prepared for the 2020-21.

Speaking to the team’s media, the productive and industrious defender revealed that the club and its players have been waiting patiently for the new campaign to kick off after the ban on football was lifted.

“We welcome this news and, it is now time for us to get down to work as we look forward to the coming season with high hopes”, Mohammed told Hearts Media.

According to the leader of the Phobians, the playing body is eager to get back onto the field and do what they love to do so they can go extra mile to restore the lost glories of the club.

“We look forward to the start of preseason and, we are determined to go the extra mile to prepare ourselves well enough for the start of the new campaign”, he added.

“The club is yet to announce arrangement for the start of the preseason campaign although we are highly informed that a decision is imminent”, he said.

On the other hand, Fatawu noted how ready they are to kick start the new season.

“As soldiers for the club, we are always on the standby for battle and, we are just waiting for the announcement for the start of our preseason programme”, Mohammed stated.

Furthermore, the Rainbow Boys captain is optimistic about the club chalking success in the upcoming season.

“Next season will be a good one for us if we prepare well for it, and, we are hopeful of a good preseason campaign to take us into the new season”, Fatawu said.

In conclusion the hard tackling urged the fans to keep their love and support for the club.

“We will need the support of our fans going into the new season” because we cannot achieve our goal and aspirations without them and we will plead with all of them to come together for the success of this great club “, he added.

Black Meteors striker Owusu’s goal not enough to save Cordoba