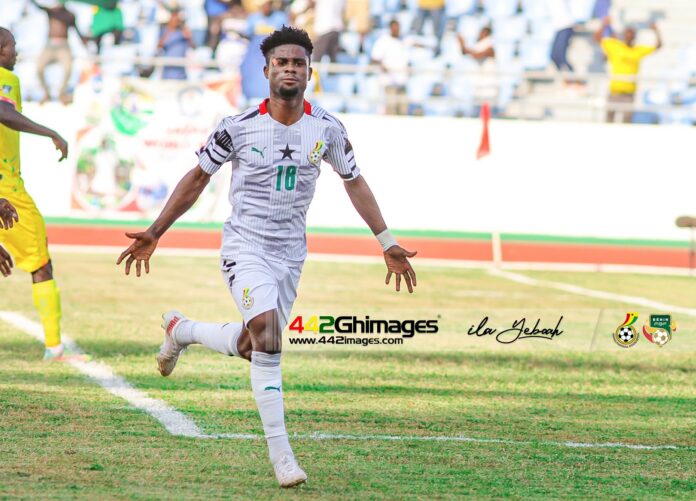 Ghana Premier League giant Accra Hearts of Oak SC striker Daniel Afriyie Barnieh has been included in the yet to be announced 26-man squad of the Black Stars team.

Sports journalist Saani Daara has confirm that the player’s name has been included in the list of players that will be announced on Friday for the Qatar 2022 FIFA World Cup tournament.

He’s been a pivot for Ghana’s Black Galaxies in their qualification for the 2023 CAF Championship of Africa Nations in Algeria by eliminating Nigeria.

He also scored three goals in two matches out of the four for Black Meteors qualifier against Mozambique for the 2023 Africa Cup of Nations tournament for U23.

He has played for Ghana’s Black Satellites (U20) Ghana Black Meteors (U23) and the Black Galaxies as well as the Black Stars in the past.