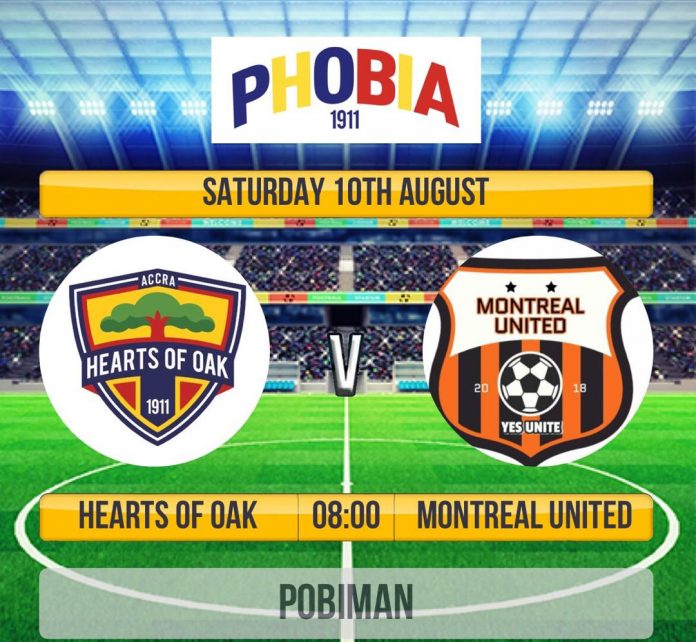 Hearts of Oak will take on Montreal United on Saturday, August 10, 2019 at Pobiman.

The Phobians will play the lower tier side at the club’s training centre in Pobiman near Amasaman in the Greater Accra region at 8am.

The Rainbow Boys are still in preparation for the 2019-2020 Ghana Premier League season.

Phobian fans are expected to troop to the venue for the game as the club plans to feature its new players in the game on the day.

Hearts played two separate games against Future Stars Academy FC last week and drew the first game 1-1 and won the second by 4-1 against the division two side.