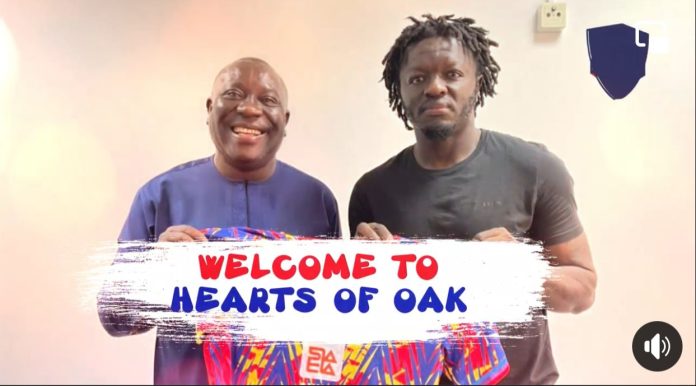 The Ghana legend has completed his move to Ghana Premier League and FA CUP champions Hearts of Oak.

Muntari, who formerly played for Inter Milan and AC Milan signed a one-year deal with the Phobians after a successful mandatory medical examination.

The 37-year-old has been training Hearts of Oak in the past couple of weeks as he keeps himself fit but both parties agreed to make it official.

The tenacious midfielder, who is primarily known for his physical strength and combative playing style during his heir days won the FA Cup in England and also won the treble in Europe with Inter Milan under José Mourinho in 2010.

He started his career with Liberty Profesaionals before moving to Europe where he played for several clubs in including Udinese, Sunderland, Inter Milan, AC Milan, Portsmouth and Pescara.

He is among the few players in Africa to feature for his country at the FIFA World Cup on three occasions playing at the 2006, 2010 and 2014 mundial respectively.

He is just the second global icon to make a return from the Ghana Premier League after Asamoah Gyan who was acquired by Legon Cities last term.