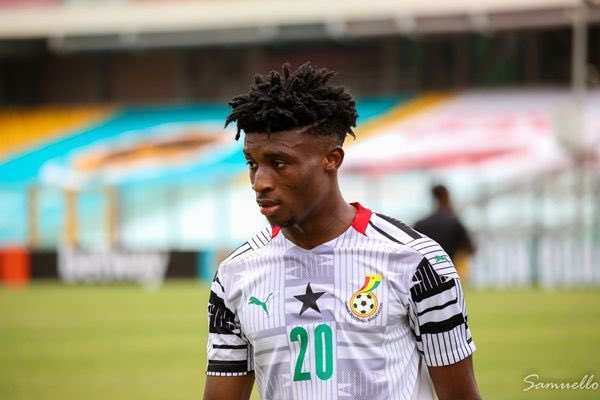 Head Coach for Ghana Otto Addo had praises for Ajax Ajax star Mohammed Kudus for his outstanding performance in the first leg of Ghana’s World Cup playoff tie against Nigeria in Kumasi.

Nonetheless, the Dortmund development coach has urged the youngster to be more positive in the rematch on Tuesday in Abuja.

The 21-year-old exciting player was one of Ghana’s standout performers at the Baba Yara Stadium in front of a large crowd.

The Super Eagles of Nigeria players found it very difficult to dispossessed him when he had the ball, as the Nigerians struggled to deal with his pace and trickery.

“He did well, and he’s obviously a player Ghana missed during the Nations Cup [when he was injured],” said Addo, who played for Ghana

“I know the fans in Kumasi loved it when Kudus was doing his thing but sometimes he could be more precise and determined to go forward.

“He has the speed and if he is in front of an opponent I think he can create more, but he’s an exceptional player, no doubt.”

He made his Black Stars debut in 2019 has scored three goals in 10 games so far for the four-time Africa Cup of Nations winners.

Black Stars are expected to depart Ghana for Nigeria on Monday morning via a chartered flight for the game.

Ghana will enter Tuesday’s game hoping to avoid missing the World Cup finals for the second time in a row after failing to qualify for the 2018 edition in Russia.

Ghana had qualified for three tournaments in a row before Egypt beat them to the ticket in 2018.

On the other hand, Nigerians are attempting to make their seventh appearance, having participated in the previous three tournaments.

Cardi B puts on busty display on her Accra hotel rooftop