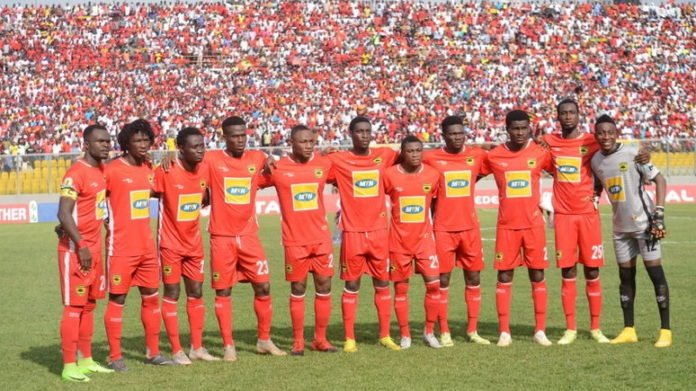 It may have taken a gunshot or two that left a man bloodied and battling for dear life, but Ghana’s domestic football could be on the brink of turning a huge corner.

In the days since Premier League outfit Asante Kotoko — after being stung in Kumasi by visiting Berekum Chelsea on the Ghana Premier League’s previous matchday — saw a fan shot by a police officer in the latter’s attempt to disperse an irate crowd aggressively protesting perceived poor refereeing, not much has happened — but a lot may have changed already.

Following the Ghana Football Association’s decision to hand Kotoko a temporary ban from playing at their preferred Baba Yara Stadium home over Sunday’s incident, the club and its fanbase have responded rather warmly.

“This was expected because once they were shooting at the stadium, some of us actually knew that we were going to be banned,” Ghanaweb quoted Kennedy Boakye Ansah, Kotoko’s Public Relations Officer, as conceding.

“It’s unfortunate and we condemn the whole incident. We’ve learnt our lessons and will find ways to educate our fans to accept the three accounts of football. You win, lose or draw. We will educate everyone on how they should behave in the stadium.”

Such a mild reaction to the FA’s initial disciplinary action against the Porcupine Warriors — given just how financially handicapped the club would be left by this blow — isn’t what one might have anticipated, but it is certainly welcome.

Long has the FA been slammed for not doing enough to curb fan hooliganism at match venues, but the spotlight is now thrown on the real ‘culprits’: the clubs. Finally, though, they are taking some responsibility, and if Kotoko do convert their resolve into real action, other clubs could be encouraged to take a cue.

Beyond the dark tunnel, there may yet be light for the Ghanaian game.