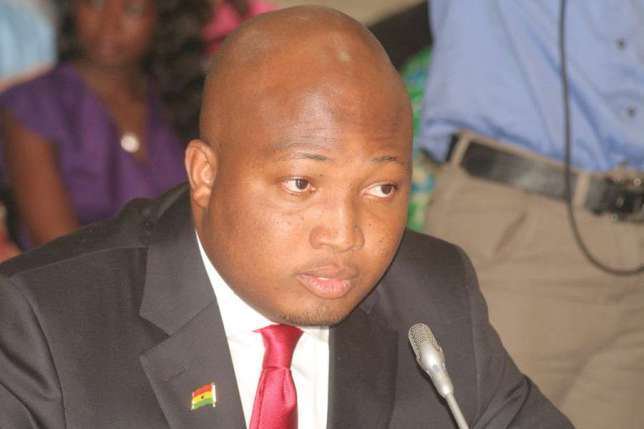 Opposition MP Samuel Okudzeto Ablakwa is demanding from the government to disclose the amount of money spent on the aborted referendum.

The referendum was to decide on an amendment of Article 55 (3) of the Constitution to enable political parties to participate in local level elections.

But President Nana Akufo-Addo, in a national address on Sunday, said there was no “durable national consensus” on the matter following consultations.

“In these circumstances, I am convinced that it will not serve the public interest to go ahead with the holding of the public referendum on 17th December even though I believe a strong campaign for a YES vote would have succeeded. This is not the kind of atmosphere in which the repeal of an entrenched provision of the Constitution should take place.”

Mr. Ablakwa, who viewed the cancellation as a victory, has in a Facebook post raised questions over the cost involved in the whole process.

“As transparency and accountability demands: can Government now disclose how much it has spent on this abortive referendum thus far; and steps being taken to prevent any more financial loss to the state, especially as we are aware printing of ballot papers and other ancillary expenditures had long commenced,” the National Democratic Congress (NDC) MP for North Tongu said.

As part of his announcement last night, the President also directed the Local Government and Rural Development Minister, Hajia Alima Mahama to withdraw the Bills seeking to amend Articles 55 (3) and 243 (1).

“It is with deep regret that I have given instructions to the Minister of Local Government and Rural Development…to abort the process and see to the withdrawal of the Bills for the amendment of the constitutions both in respect of Article 243 (1) and Article 55 (3).”

The Minority MPs and the National Democratic Congress (NDC) had been advocating for a no vote in the referendum because it was worried such an amendment will open district assemblies and unit committees to “the needless NDC-NPP polarisation.”

Nana addo , however, downplayed the sentiment that elections in Ghana’s 4th Republic have been divisive.

He said they had instead been a unifying factor.

“We have experienced the longest, uninterrupted period of stable, constitutional governance in our history, banishing the spectre of instability that disfigured the early years of our nation’s existence, and the benefits are still showing. It would also mean that freedom of association, which is one of the most fundamental freedoms in any democracy, would be given full expression in Ghanaian democracy.”