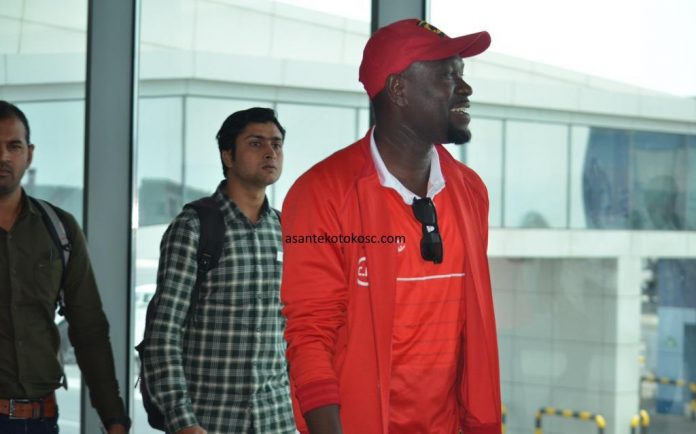 Former Asante Kotoko coach CK Akonnor has revealed that he is a dyed-in-the-wool fan of the Porcupine Warriors.

“What I feel is what you don’t understand… My blood is red and there is no other time to show the love for the reds than now… let’s see you in red,” Akonnor tweeted.

The former Black Stars captain, who was once a coach for Asante Kotoko’s bitterest rivals Accra Hearts of Oak pronounced his love for the Porcupines ahead of the team’s trip to Nigeria to face Kano Pillars.

Akonnor, who speared headed the Kumasi-based football club to victory in the tier 1 of the NC Special Cup Competition in June revealed that he has always been a proud fan of the club, despite working with Hearts of Oak in the past.

The former Ashgold SC coach was asked to step aside as the head coach and take a new role in the club as the technical director which led to his resignation.

Akonnor has expressed interest in coaching outside the country, eyeing places like South Africa, Zambia, Tanzanian or North Africa as his likely destination.