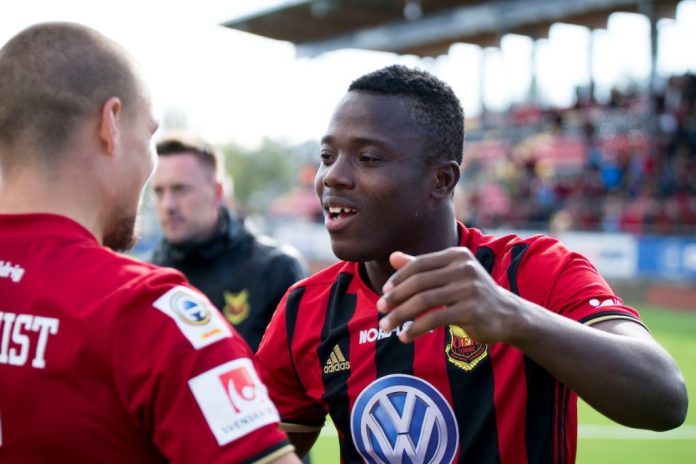 “I am ever ready to represent my beloved country at any level should I be invited by the technical handlers,” the 22-year-old utility defender told Dailymailgh.com.

“I want to be a patriotic and a committed footballer who will never turn his back on the nation when given the opportunity to play for the good people of Ghana and I demonstrated that during my youth days with the 2015 U20 team.

“He said it has always been his “passion to play for the various national teams of Ghana and write my name in the football history books and so to become a legend of the country after retirement”.

He added: “I will be pleased to get the chance to justify myself in this team and I believe I have what it takes to make the most out of the opportunity when afforded one going to the CAF U23 tournament in Egypt.”

“I know the competition for a place in the squad wouldn’t be easy but I am a fighter who’s always prepared for a battle and I believe I can thrive under the charges of coach Ibrahim Tanko because he’s a tactical genius who can easily bring the best out of any player,” Kpozo noted.

According to the former Inter Allies defender who won the Most Valuable Player of the MTN FA Cup Competition in 2015, the current Black Meteors side will be the first Olympic team to represent Ghana at the Olympics games since 2004 and he would like to be part of the history makers.

“I have so much believe in this group of players and I strongly believe that they will qualify for the 2020 Tokyo Olympics games with ease in Egypt and I know they will make the country proud,” he stated.