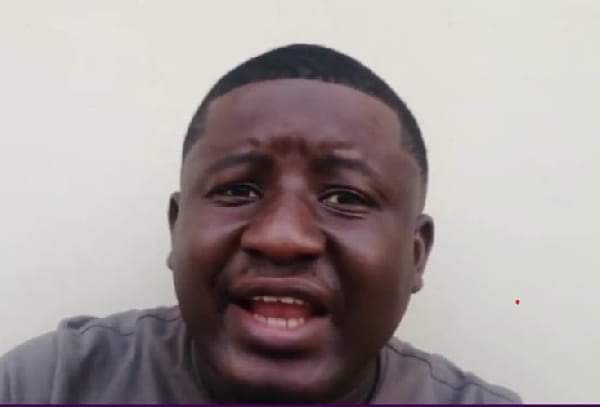 The President of the Concerned Small Scale Miners has apologised for making disparaging comments about the Office of the President in public.

Michael Kwadwo Peprah is reported to have stated in a radio interview that some Chinese illegal miners are being sponsored by the seat of government alleging that the foreigners have presidential stickers on their vehicles to frustrate the fight against the menace.

He made the comment while reacting to the latest arrest of Aisha Huang, a Chinese national who is facing the law for engaging in illegal mining.

But Peprah says he regrets the damage his comments might have caused the Office of the President and State security.

“In my statement, I made some claims that there are some Chinese kingpins who are into illegal mining and most of them use vehicles embossed with stickers from the Jubilee House. I want to categorically retract and apologise to the Office of the President and the security agencies in the country”, he told dailymailgh.com in a telephone interview stressing that he was convinced that the State will do a “thorough job” to bring closure to the matter.

The Attorney General and Minister for Justice, Godfred Yeboah Dame, has called for the docket on En Huang, alias Aisha Huang, from the police for prosecution.

The Attorney General per his request, gave the assurance that he will initiate prosecution against Huang, in respect of her current alleged offences as well as those of 2017 before her deportation from Ghana in 2018.

“There shall be a full prosecution for her alleged new and past offences,” Dame responded to a text to Asaase News.

Subsequently, the Information Ministry also tweeted:“The Attorney-General has called for the new docket on En Huang a.k.a. Aisha, regarding offences she is suspected to have recently committed. The A-G will also re-initiate prosecution in respect of the old offences for which she was standing trial before her deportation in 2018.

“There shall be a full prosecution for her alleged new and past offences.”

An Accra Circuit Court remanded Aisha Huang and three others for allegedly engaging in illegal mining in Ghana.

The accused persons were charged for engaging in sale and purchase of minerals without a licence.

The other three are Jong Li Hua; Huang Jei and Huiad Hiahu, all Chinese nationals.

Aisha Huang is facing an additional charge of engaging in mining without a licence.She was arraigned last Friday [September 2, 2022] and her plea to the charges are yet to be taken by the court presided over by Bright Acquah since the court had no Chinese interpreter at the time.

While the three other suspects were arraigned Monday, September 5, 2022, Aisha Huang was absent, reports Graphic Online’s Justice Agbenorsi who was in the courtroom.

They have all pleaded not guilty to the charge and have been remanded into custody to reappear on September 14, 2022.

According to the facts presented by the prosecutor, Detective Chief Inspector Frederick Sarpong, Aisha Huang had previously escaped prosecution in Accra when she was arrested.

According to the prosecutor, she returned to her country [China] and changed her identity only to come back to Ghana to commit the same crime of which she escaped prosecution earlier.

According to the prosecution, the suspect applied for a Togo visa and went through the borders into Ghana and back to the galamsey business in a town in the Ashanti Region.

The three others with her, according to the prosecutor, were selling mining equipment and dealing in gold without a valid licence in Accra.

They were arrested upon intelligence by National Security officials.They are expected to re-appear before the court on September 14,2022.

The Chinese illegal mining “queen,” was deported in December 2018.

That followed the filing of a nolle prosequi to discontinue the trial by state prosecutors.She had been charged with three counts of undertaking small-scale mining operations, contrary to Section 99 (1) of the Minerals and Mining Act, 2006 (Act 703); providing mining support services without valid registration with the Minerals Commission, and contrary to the Minerals and Mining Act, 2006 (Act 703), and the illegal employment of foreign nationals, contrary to the Immigration Act, 2000 (Act 573).