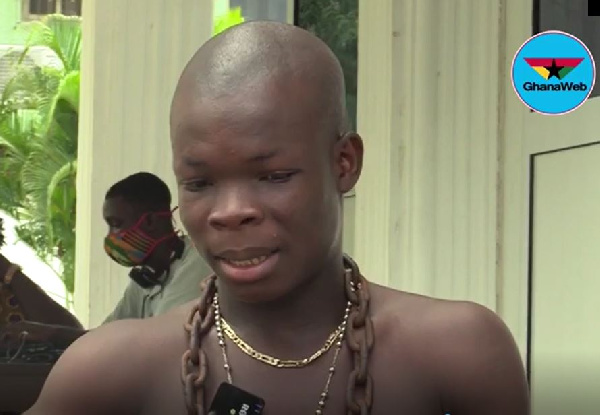 Popular Ghanaian rapper AY Poyoo best known for his viral song “Goat” has revealed the reason why he ventured into music instead of becoming a doctor.

Speaking on the Delay Show, he said his mother wanted him to be a doctor, but he failed to do so because he was ugly.

“From my childhood days, my mother always told me she wanted to see me become a doctor in the future…” Poyoo said.

He added that his mother’s wish sounded right when he was growing until something happened which informed his decision to let go of the ambition of becoming a doctor.

According to Poyoo, he only came into terms with his appearance after he one day stood in front of the mirror and realized how ugly he was, wondering if his face would save or kill a patient.

He then decided to do music when he realised his musical abilities and he was confident he would do his best than becoming an unattractive doctor.

This influenced his decision to dive into full-time music because he could easily flow and do his best than become an unattractive doctor.

“Imagine you go into a coma and then upon recovery, you, meet a doctor like me standing in front of you at the hospital, what will you do? I’m very sure you’ll die again out of shock,” AY Poyoo stated.