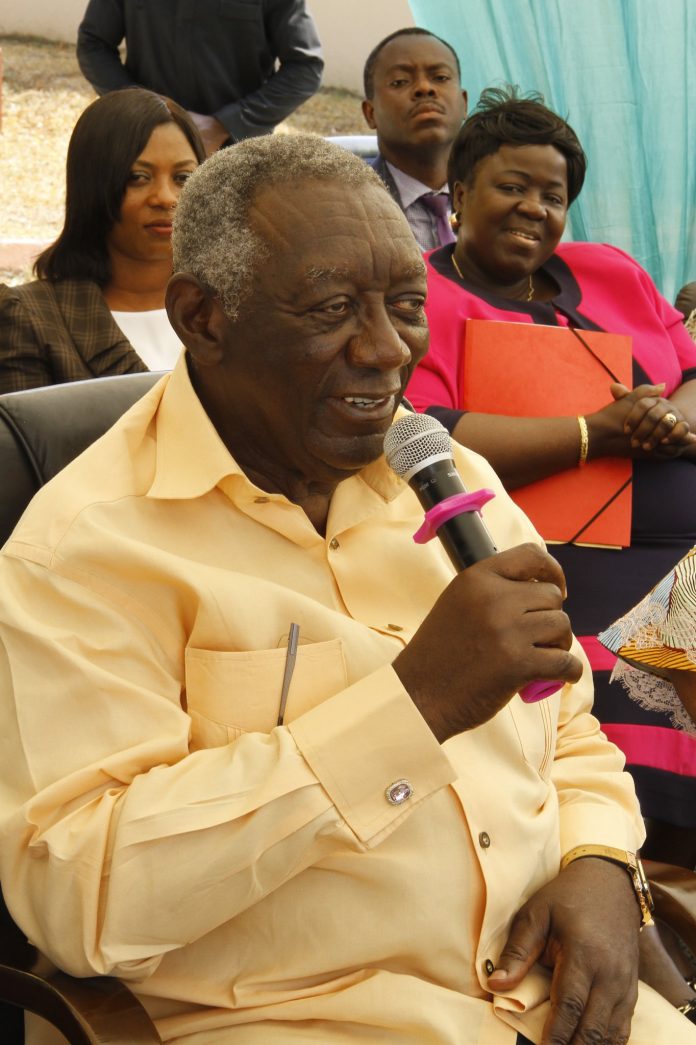 Former president John Kufuor has denied claims by Flt. Lt. JJ Rawlings that he supervised the building of hotels and luxury apartments in water ways in the capital, Accra.

“Who said they were on a waterway? They must have gotten their permit from the Accra Metropolitan Assembly… Kufuor doesn’t give permits [for people to put up buildings]… who builds in Accra and goes to the president for permits?” spokesperson Dr Kwabena Osei-Adubofour said.

The assertions follow an accusation by Rawlings that Kufuor left a legacy of impunity which has encouraged individuals to build in waterways.

“The Kufuor one, those Villagio villages and those things built in waterways… so if he can do it why can’t others do it… build their houses and factories on the southern side of the motorway where it blocks the waterway?” Rawlings said in an interview with the Ghana Journalists Association.

Accra was submerged recently after a heavy downpour.

Mr Rawlings stated that he has no regrets demolishing a $5 million hotel which belonged to entrepreneur and Executive Chairman of the Dara Salaam Group, Yusif Ibrahim decades ago.

He said the property was built on a waterway and that if given the opportunity, he would even clear other structures along with the hotel which he demolished at the time.

“Big people, however, seem to be above the law and are untouchable. If time were reversible, I would do it again and again and I will take along their new gargantuan structures in the waterways,” he said.