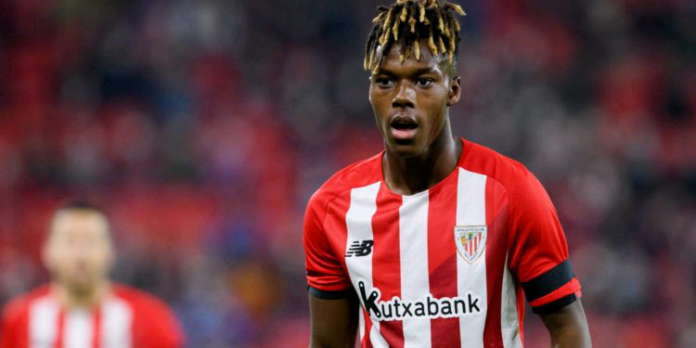 The Athletic Bilbao winger revealed that he focuses more on dribbling like Neymar and Mbappe in a match as his main strength as a professional footballer.

He has has been playing for Spain’s youth teams since he broke into Bilbao’s first team and has shown a tricky side to his game with some dazzling dribbling skills.

When he was asked in a recent interview with 3Sports about his style of play, he stated that he loves taking people on like the best in the business usually do.

“My brother is more physical. He has a lot of pace. I am a dribbler like Neymar, Dembele, and Mbappe,” he told TV3.

But he also stated that he looks up to Iñaki who is a key player for his club.

“It’s so important for me to have my brother on the same team with me. He teaches me a lot of things. My brother works hard. I see that and I want to be like him.”

Nico, whose brother Inaki Williams has decided to play for Ghana, made his debut for Athletic Bilbao in April 2021 and is slowly establishing himself as a key player for the team.

‘We’re our own enemies’ – Ghana legend Asamoah Gyan on Black...

The Executive Director Got It All Wrong: JM will not put...