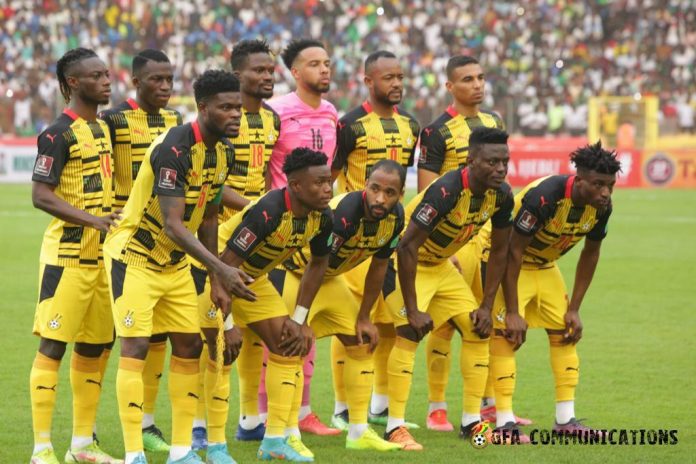 President of the Republic of Ghana Nana Addo Dankwa Akufo- Addo has promised the Black Stars players that he will personally reward them for their efforts after qualifying for the World Cup in Qatar.

The Ghanaian leader met the team at the Jubilee House after their triumph over bitterest rivals, the Super Eagles of Nigeria.

Akufo-Addo has promised to give them a special package which he says is a token of appreciation for their effort to take the Ghana to its fourth World Cup.

“Everybody is going to be behind you. We are going to give you all the maximum support that we can. The Ministry, the officials of the Ghana Football Association and all the organizations will give you all the support that they can. I myself I’m organizing a special package for you. It is a token of my appreciation”

Ghana picked up one of the five African spots after eliminating Nigeria on away goal rule following a 1-1 aggregate win.

The first leg in Kumasi ended 0-0 while the second leg finished 1-1 in Abuja at the Moshood Abiola National Stadium in a very hostile environment.

Thomas Partey scored in the 11th minute to put Black Stars in the lead when his long range effort went underneath of the Super Eagles Goalkeeper.

The host were awarded a penalty following a VAR review for a foul on Ademola Lookman by Denis Odoi – Captain, Troost Ekong made no mistake from the spot as he sent Joojo Wollacot the wrong way to level the scores on 22nd minute.

After the match on Tuesday evening, the entire entourage of the Black Stars team met the president on Wednesday afternoon where he made the promise to the players.

Parliament is not beyond scrutiny of Supreme Court – Akufo-Addo