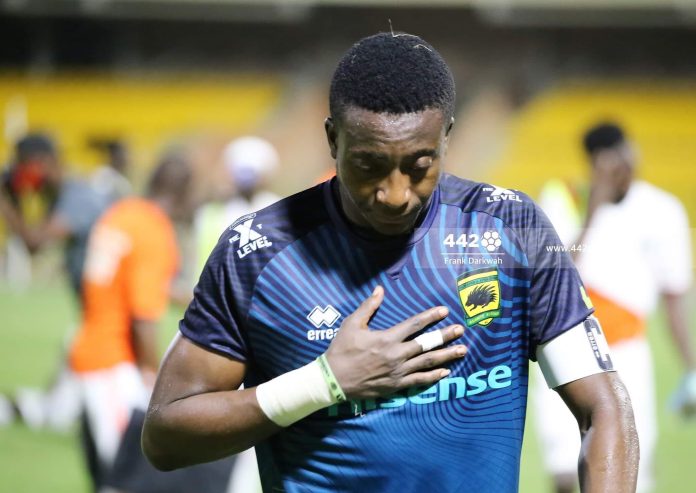 Ex-Kumasi Asante Kotoko SC captain Felix Van Annan says he has no regret marrying in the middle of the season that cost him his number one spot at the club.

In the middle of the 2019/20 football season, the former WAFA player tied the knot with his long-term girlfriend, Francisca Yeboah, in a private wedding ceremony in January 2020.

The wedding ceremony took place mid-season ahead of Kotoko’s clash with arch-rivals, Hearts of Oak.

After his wedding, the former WAFA goalie lost his playing position to the second-choice goalkeeper, Kwame Baah who joined the club from Inter Allies FC.

He subsequently lost his position as the third choice Black Stars goalie due to the lack of games.

However, speaking in an interview, the former Kotoko captain said the development at Kotoko affected his position in the Black Stars, but he never regrets marrying his wife in the course of the season.

“Even though I lost my position at Kotoko, I do not regret the decision I took to marry my wife in the course of the season,” he told Kumasi-based Nhyira FM.

“No way, I will never and ever regret marrying my wife. I don’t think I am unprofessional to fix my wedding ceremony on a league date.

“My wife and her family were based in the UK then and I had planned my wedding way back before we started the league because, at that time, there was no league.

“So, my wife and the family had to fly from the UK and we couldn’t change the plans,” he said.