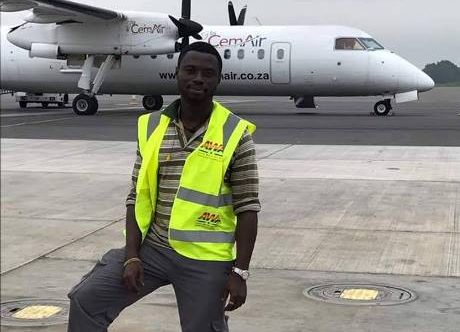 One of the two suspects arrested in connection with the murder of an aircraft engineer in the Eastern Region has admitted to committing the crime.

Prince Kwabena Kumi, an aircraft engineer with the Africa World Airline was murdered in April 2018 when he was visiting his family house at Akim Asuboa near Akim Oda.

The suspect, Joseph Kwasi Effah, alias Kwasi Tailor, told the police he mistakenly shot Kwabena Kumi with a locally-manufactured single barreled gun after he mistook him for a pig in the bush.

“Suspect Joseph Kwasi Effah Kwasi Tailor admitted having shot and killed the late Kwabena Kumi with his locally made single barrel gun. He stated further that on 1/4/2018 at about 0135 hours, they went to Dabiso junction but he heard the sound of a pig in a nearby bush and shot in that direction, but he later discovered he had shot a human being,” a situational report from the Akim Oda Divisional CID said.

When the story of the killing first emerged, the family of the deceased accused police at Akroso of having a hand in the death of the engineer.

The family claimed the deceased was prevented from boarding any other vehicle when his car was seized by the police, after they claimed he was drunk.

The police, however, maintained that Kwabena Kumi used some form of public transport and arrived at his destination before he was found dead.

Five persons were initially arrested in connection with the crime.