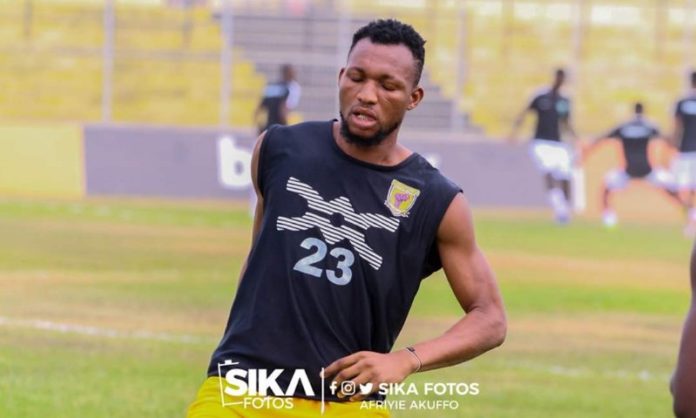 Obuasi Ashantigold captain Latif Anabila has expressed his desire to stay at the club.

Speaking to Dailymailgh.com about his future, the enterprising box-to-box midfield gem revealed he’s negotiating a contract extension at the Obuasi-based club.

“I am ready to stay with Ashantigold and I have already started negotiating a new contract with the club officials”, he stated.

According to the midfielder, though it will be a great deal for him to join regional rivals Asante Kotoko, he’s now focused on getting a contract extension and to lead the Miners to glory.

“Every player dreams of playing for the biggest clubs in the country where they ply their trade but I believe the right time must present itself before you decide as a professional footballer”, he added.

The Miners’ skipper confirmed interest shown in him by Kotoko but would not force his way out of the Black and Yellows to join the Reds.

“I am happy at Obuasi and would like to give my all for the club and leave the future in the hands of God because he knows what’s best for me”, the midfielder stated.

This Ghanian-Lebanese is dubbed “The Most Beautiful West African Woman”

The Internet & Mobile Phones – Winning in a depressing world...