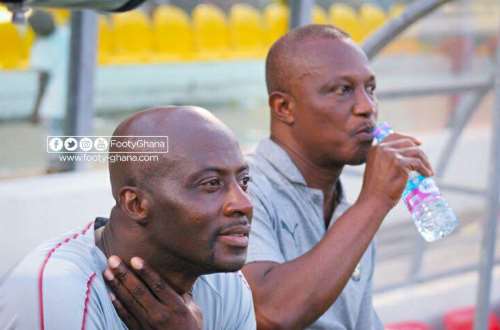 The former Ghana assistant coach, shockingly stated that, the head coach of the Black Stars team then, coach Kwasi Appiah didn’t want him as his deputy coach of the senior national team.

He stated that his relationship with former coach Kwesi Appiah went from good to bad leading to his sacking as assistant coach after the 2019 Africa Cup of Nations tournament in Egypt.

Ibrahim Tanko was formerly the coach of Ghana’s Olympic team, the Black s
Meteors and was among of the Ghana technical team for the tournament in Egypt when they got eliminated at the round of 16 stage.

“I don’t know why Kwesi Appiah said that he couldn’t work with me again but I have heard the rumors and the lies people have said about me,” he said in an interview with Accra Angel TV.

“But Kwasi later got to know that the things he heard were not true but it’s too late now and I have moved on from the issues,” he added.

Kwesi Appiah was also sacked in 2020 with Charles Kwablan Akonnor taking over, before Milovan Rajevac returned for a second time.

Milovan was also sacked after the 2021 Africa Cup of Nations tournament played in Cameroon early this year due to the outbreak of coronavirus pandemic in 2020 in Africa.

He successor, Otto Addo, who’s a former Ghana International proved to be a master tactician as he guided Ghana’s Black Stars to book its fourth world cup competition with qualification over rivals, the Super Eagles of Nigeria in March.