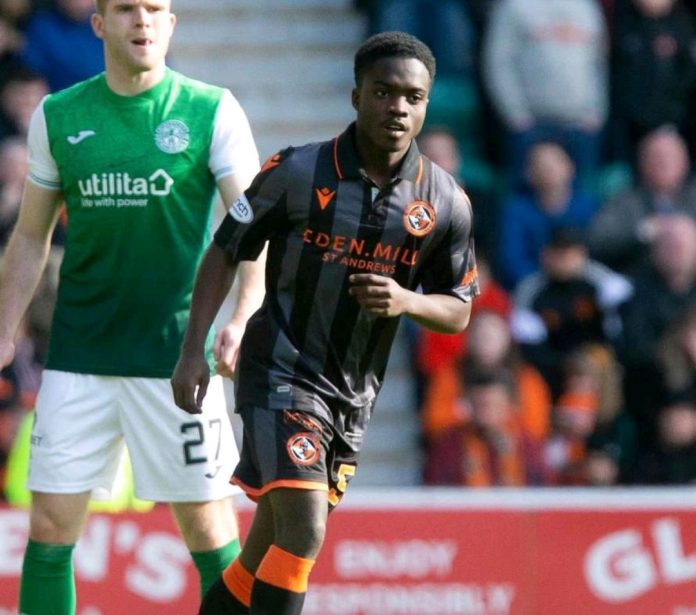 Former Kumasi Asante Kotoko SC wonder-kid, Matthew Anim Cudjoe is confident of making it into the Black Stars team for the 2022 FIFA World Cup tournament in Qatar in November this year.

The 18-year-old is of the believe that, once he’s made it into the UEFA Europa League competition with his team, he stands to a big chance of making the train to the tournament.

The Ex-Ghana Black Satellites player who won the 2021 Africa Youth Championship revealed that he’s been training seriously in Ghana after the break before the start of the pre-season in Europe.

“Yes of course [I’ll be called for World Cup]. We [Dundee United] qualified for the Europa League so I’ll be part of the squad,” Anim-Cudjoe told TV3 in an exclusive interview

“I’m in Ghana training very hard so I have confidence that the Black Stars will call me for the World Cup. I believe in myself so there is no problem. The pitch will decide,”

“I want to be part of this team [Black Stars] for the World Cup in November. That’s my dream for now so I’m working hard to get there,” he added.