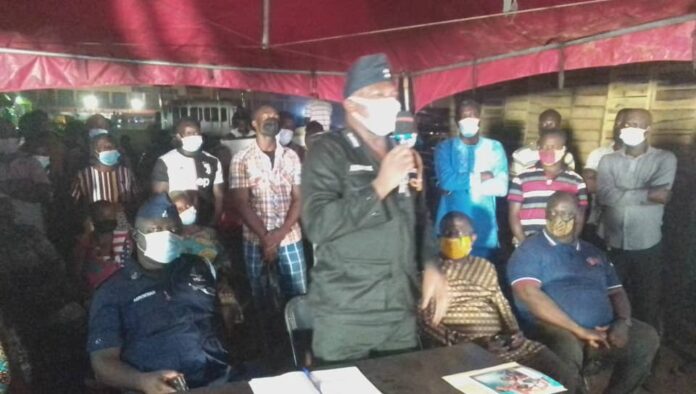 Tomato transporters and traders will now get police escort to be assigned to their vehicles to ensure safe passage on the Tamale-Bolgatanga highway, the Inspector General of Police James Oppong-Buanuh has said.

This is in response to rampant targeted attacks on tomato trucks and traders who ply on the highways up North to neighbouring Burkina Faso.

The IGP has already deployed armed men from the Counter-Terrorism and other units of the Ghana Police Service to secure the various routes.

These attacks led to a street protest in Kumasi by the tomato traders and truck drivers who called for enhanced security after some members were killed and others injured by the robbers.

There were fears the strike action could lead to a shortage of the commodity across Ghana.

Speaking after meeting leadership and members of the Ghana National Tomato Transporters and Importers Association in Kumasi, Deputy Ashanti Regional Police Commander, DCOP David Agyemang Adjem appealed to the traders to remain calm as the police work tirelessly to address their concerns.

“The IGP sent me through the Regional Commander to give them a message… the IGP wants me to assure them that he has already had some men deployed on that highway and that we should also give them escorts as they go on the highway”.

DCOP Adjem said the police is exploring other possible alternatives including a military support to aid in such operations.

Chairman of the Association, Eric Osei Tuffour described the move as welcoming but says the Association will engage the police to ensure that its members are protected.

“I am very happy today, Tuffour said adding: “The rate at which they were robbing us was very unprecedented”.

He said the Association will engage the police on when “the escort will take off and then we’ll call off the strike action”.

All you need to know about HUAWEI FreeBuds 4i