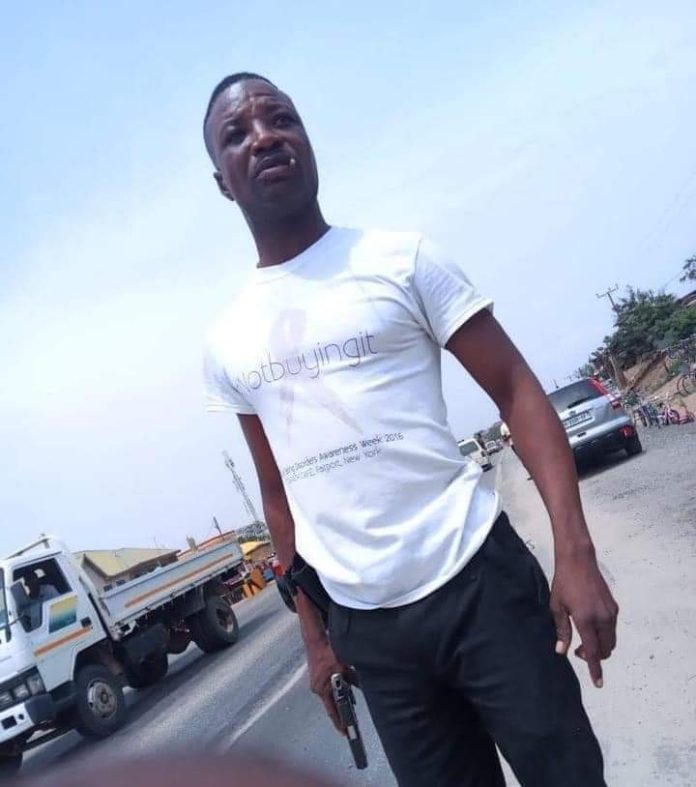 It has emerged that the man who was captured in a viral video assaulting a motorist is a police sergeant with the Central Regional Police Command, an official statement has confirmed.

The Ghana Police Service will not give any further details of his identity but stated in a Facebook post that the officer has been interdicted “to make way for full investigation into the matter”.

“Investigation further indicates that the police sergeant lodged a complaint of assault against his assailants alleging that he was attacked by a group of persons, one of whom was wielding a cutlass”, the post indicated.

The security agency further stated that both parties are assisting police investigations adding: “Both the criminal investigation and the professional standards investigation will run concurrently.

The police however assured that justice will be served.