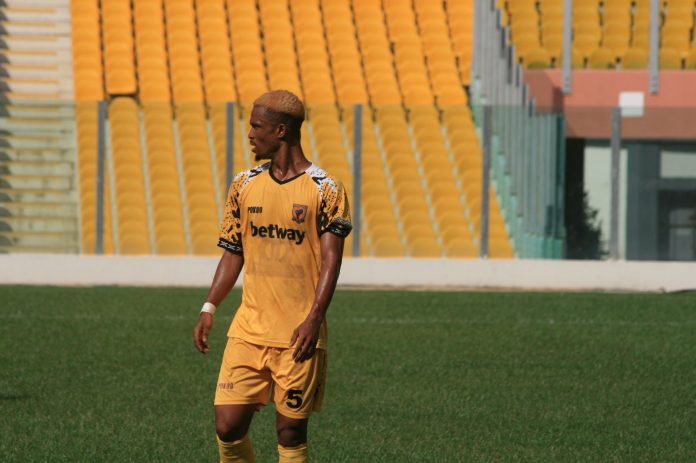 Ashgold defender Richard Osei Agyeman has stated he is fit and ready for the game against Moroccan side RS Berkane in the CAF Confederation Cup second leg.

“I am fit for our match against Berkane after my injury scare and I will travel with the team to Morocco,” the guards man said.

Agyeman, who is one of the most reliable defenders of the Miners, sustained an injury during the second leg clash at the Obuasi Sports Stadium against Akonangui.

He noted: “I got injured in the game against Akonangui and got a knock at the same place when we played Berkane in Obuasi but I am fit and ready to go due to the grace of God.”

The bed-rock of the Black and Yellow defense, Agyeman has been included in the 18-man squad by head Ricardo Da Rocha ahead of the game.

Ashgold will depart Ghana today at 2pm for the big clash.