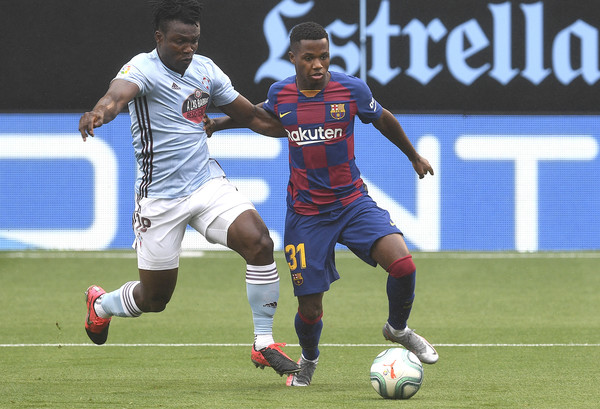 Dependable defender Joseph Aidoo has been named in the Spanish top-flight Team-Of-The – Week after match-day 29.

The Ghanaian was in solid shape for Celta Vigo in their 2-2 draw at home to Spanish giant FC Barcelona after his side came from a goal down twice to record an impressive result against the catalans.

Aidoo has featured in 28 games for The Sky Blues this campaign and has excelled so far since joining from Dutch side KRC Genk.

The 24-year-old has a single assist to his credit and is yet to score a debut La Liga goal after 28 games involved.

AFCON 2019: Best Images of the Quarters

CARTOON: Give the ‘boys’ jobs

TO MY FUTURE HUSBAND: My ‘Dream’ Wedding