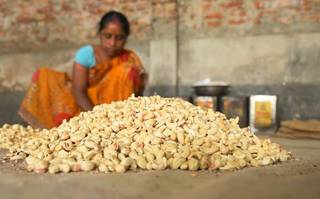 The cashew sector has urged the government of Ghana to come out with a stable policy with regard to export of raw cashew nuts (RCN) so that importers from countries like India are not put to trouble.

In an interactive meeting with a government delegation from Ghana at the Kanara Chamber of Commerce and Industry in Mangaluru, K Prakash Rao, former president of Karnataka Cashew Manufacturers’ Association, said that Ghana banned the export of RCN two years ago, probably with the aim of encouraging entrepreneurs there. Though Ghana lifted the ban later as that country could not process the volume available there, the move sent a wrong signal to RCN-importing countries.

India is paying the highest price for RCNs in the world because of shortage in the country. “We want a stable export policy. If you want to encourage entrepreneurs in Ghana, let there be a clear decision on exports,” he said.

Stating that exports cannot be banned overnight, he suggested that a certain percentage of RCN be consumed in that country. This percentage can be gradually increased over the years.

Replying to this, Sarah Adwoa Safo, Deputy Majority Leader of Parliament of Ghana and Minister of State in-charge of Government Procurement, said she will take up this matter with the authorities concerned in Ghana.

Rao told BusinessLine that the Ghana’s move to ban exports created a disruption in the supply chain two years ago. Urging the need to be self-reliant in domestic cashew production, he said the Central and state governments in India should encourage cashew farming. Steps should be taken to increase domestic production to at least 1.5 million tonnes by 2025, he said.

Sources in the cashew sector said that the industry is now wary of the export policies of some of the African countries with regard to RCN. Most of these countries want to encourage cashew processing in their own country, and some of them are increasing the export levy for raw cashew nuts making them costlier for India, they said.