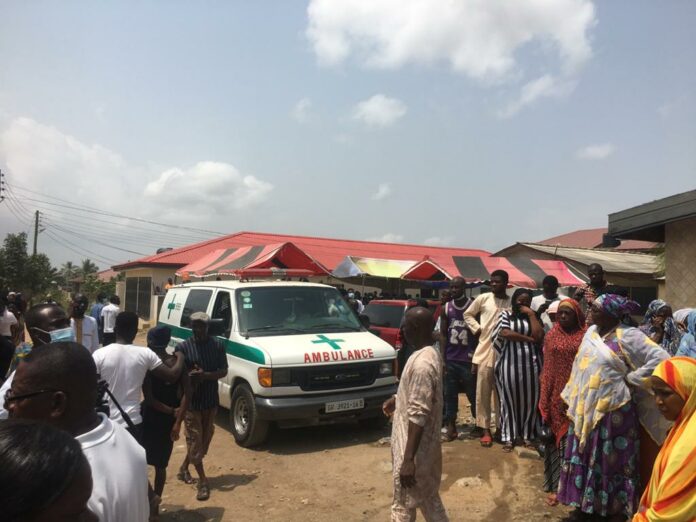 Friends and relatives of Ishmael Mensah gathered at Kasoa for a funeral on Thursday for the 10-year-old boy whose gruesome murder sparked widespread outrage in Ghana.

His body was released to his family after a postmortem.

The funeral was held in line with Islamic customs, citinewsroom reported adding that the family had requested the body much earlier.

A government delegation, security agencies and the victim’s playmates were at the funeral grounds to bid him farewell.

They join the grief-stricken family who are demanding justice for their son.

“I was shocked when I heard this”, a family member who only gave his name as Ibrahim told dailymailgh.com. “I am hopeful that the security agencies will do a thorough investigation to bring the pepertrators to justice”.

So far four people including a spiritualist have been arrested in connection with the heinous crime.

Two of the suspects, Felix Nyarko and Nicholas Kini, who allegedly killed the deceased are facing the Ofaakor Circuit Court on counts of conspiracy to committing murder and murder.

Both teenagers will reappear before the court on April 20, 2021.