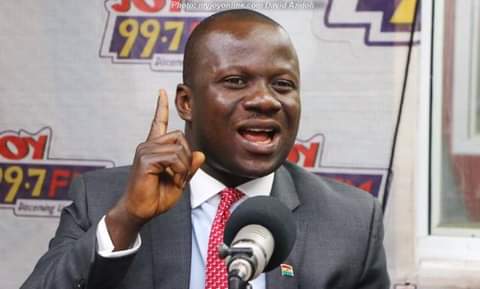 Mr Samuel Abu Jinapor, Minister Designate for Lands and Natural Resources has given a firm assurance to deal with the issues of illegal mining in the country without “fear or favour”.

He explained that if given the nod by the House, he would apply the law strictly without fear or favour in order to succeed.

“I want to give a firm assurance… if I get the approval from the House, I am moving in there to apply the law without fear or favour. If I don’t do that I will set myself for failure”.

Mr Abu Jinapor gave the promise when he appeared before the Appointment Committee for vetting on his nomination for ministerial role.

The nominee who was former Deputy Chief of Staff and now Member of Parliament (MP) for Damongo is among some of the young persons to be appointed by President Akufo-Addo to serve in his government and re-nominated for another executive position.

Mr Abu Jinapor also explained that the issues of illegal mining were intricate and complicated and that previous governments had problems dealing with it.

He maintained that President Akufo-Addo was committed to making an impact in the fight against the illegal mining activities in the country and the President in his first term in office was able to rollout his policy on this activity, with success and failures.

“My instructions from President are very clear, that I should go there and keep my head focused and work hard to ensure that we reduce the incidents of illegal mining in our country”.

CBG posts profit in less than a year in operation