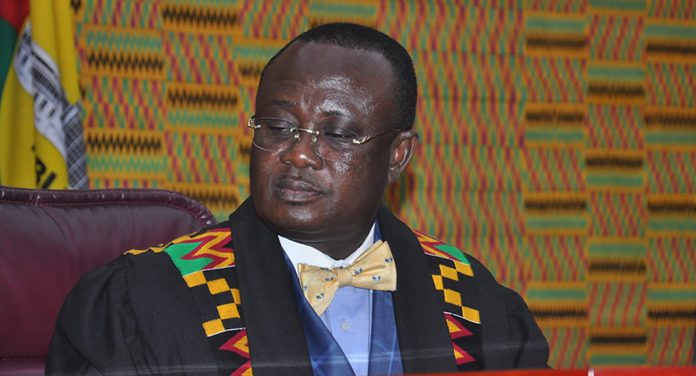 The Majority Leader in Parliament, Osei Kyei-Mensah-Bonsu has been fighting off claims that the First Deputy Speaker, Joseph Osei-Owusu left the Speaker’s seat to take part in yesterday’s voting and proceedings.

According to him, the Bekwai MP rather wanted to excuse himself to take his medication and not to partake in the vote.

The Suame MP observed that the First Deputy Speaker’s ill health was so severe that he shook like a leaf.

Speaking to JoyNews’ Kwesi Parker-Wilson he said, “Is it the case that a Speaker can’t even excuse himself to visit the loo? Is it the case? The man was indisposed. He was shivering. And he went to the clinic, the record is there. So we had to persuade him to come and sit. He was in the chamber and he was shaking like a leaf.”

He explained that Joe Wise had earlier been to the clinic to seek medical attention thus in the absence of the Speaker, Alban Bagbin, the Majority Caucus had prayed on the Bekwai MP to take the seat.

“We had to go and prevail on him to come and preside. Of course, if he’s presiding, given his own long tenure in Parliament, his own understanding of the rules and procedures in Parliament, we thought that he’d be able to navigate crisis periods much more with respect than the second deputy speaker but it was getting too much for him.

“So he said he wanted to excuse himself to take his medication and then perhaps to come back if he felt okay, or perhaps maybe to sit somewhere,” he said.

The First Deputy Speaker’s decision to vacate the seat during proceedings had not gone down well with the Minority side who felt that this was a ruse to get him to vote along with the Majority side.

This resulted in the fisticuffs in Parliament last night.